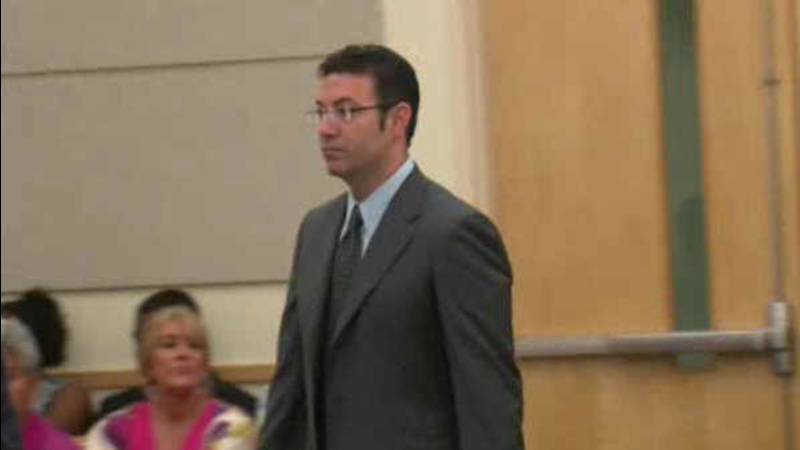 Podiatrist pleads not guilty to murder for hire plot

NEW CITY, New York (WABC) -- A well-known Rockland County podiatrist, who is free on bail, pleaded not guilty Tuesday at his arraignment on numerous charges for allegedly plotting to have his wife killed.

"We enter a plea of not guilty to every count of the indictment," Bernstein's attorney said.

Ira Bernstein, who is said to be going through a bitter divorce, was arrested last month by Ramapo police in what they described as a complicated conspiracy case, one the doctor denies.

"The people have Ms. Gribeluk on tape on numerous occasions, at least 10, speaking with the would-be hit man to carry this out. The case against her is extremely strong," Moran said.

Investigators from Ramapo and the district attorney's office described an elaborate plan using wiretaps, meetings and even cash payments to build a complicated case against the pair that led to their arrest.

"They turned over things that would have helped a would-be killer to go forward. There was money exchanged," said Det. Lt. Mark Emma, of Ramapo Police Department.

But new details were revealed in court Tuesday of a voluminous amount of evidence that will be presented including emails, messages and those wiretaps.

"They served on me 1,695 text messages and phone calls pursuant to a wiretap of the co-defendant, not of my client," Millman said.

While the two are charged together and could be tried together, Bernstein's attorney may seek separate trials.

"Going through the mountains of evidence the district attorney served on me relating to the co-defendant and not to my client may be the basis for seeking severance," Millman said.