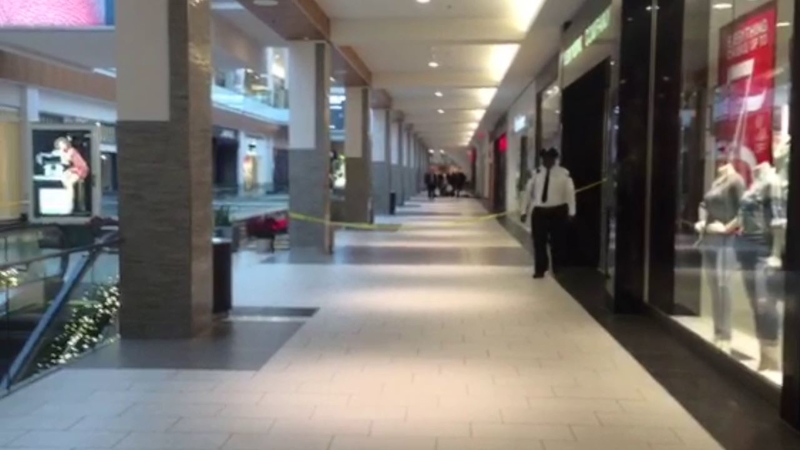 GARDEN CITY, Long Island (WABC) -- When a shot rang out inside a mall on Long Island Tuesday afternoon, people inside either took off running or found a place to hide.

The owner of a store in the Roosevelt Field Mall, located directly above the store where an attempted robbery happened, said she heard a gunshot and immediately took cover. She and one of her customers hid in a bathroom in the back of the store for 15 minutes.

A shopper who was in the mall at the time of the attempted robbery-turned-shooting told Eyewitness News he was in the Bose store. He and others hid in the back room of the store for 90 minutes.

It was the same story in the Gap store, where two people who were there said they all ran to the back room with the staff and stayed locked in for 20 minutes. They said the staff handled the situation professionally.

In the main mall area, though, people talked about a stampede of humans running through the mall when the shots first rang out.

Nassau County police said the gunshot was fired during an attempted robbery at a Rolex watch store on the main level.

A 67-year-old mall employee was struck. He was taken to the hospital in serious but stable condition.

Police took one person into custody.