Rosie O'Donnell and Ivanka Trump bump into each other in NYC 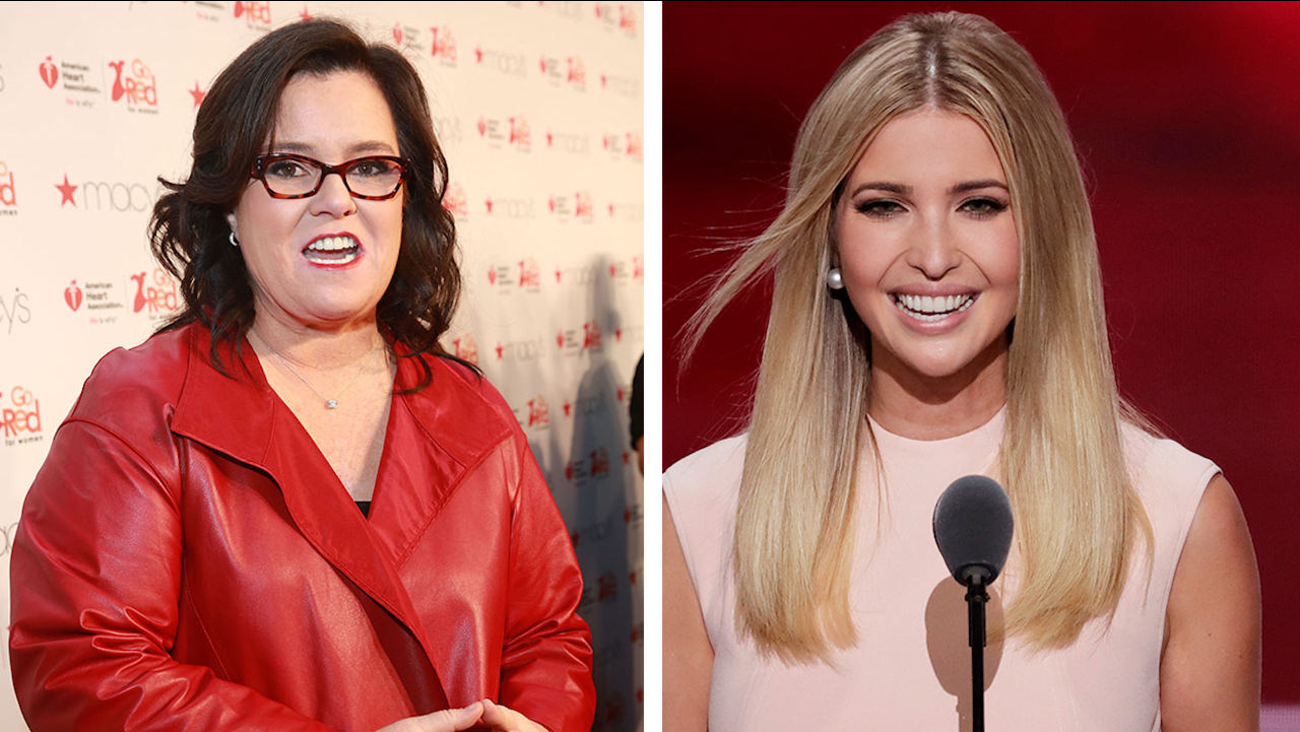 AP
NEW YORK (WABC) -- It's no secret that Republican Presidential Candidate Donald Trump and Rosie O'Donnell have had a less than pleasant relationship.

In fact, Trump said in his first presidential debate against Sec. Hillary Clinton that of the disparaging remarks he's made against women, most were directed at Rosie.

Wednesday night however, there was an olive branch extended by Trump's daughter, Ivanka.

Rosie confirmed to Eyewitness News Anchor Bill Ritter that the two bumped into each other at the restaurant Nobu at around 9 p.m.

did this happen? @Rosie meets @IvankaTrump on a nyc street? trump didn't tweet it. but if true???? wow. mom 2 mom she says. @ABC7NY https://t.co/Ds0DadzDcu