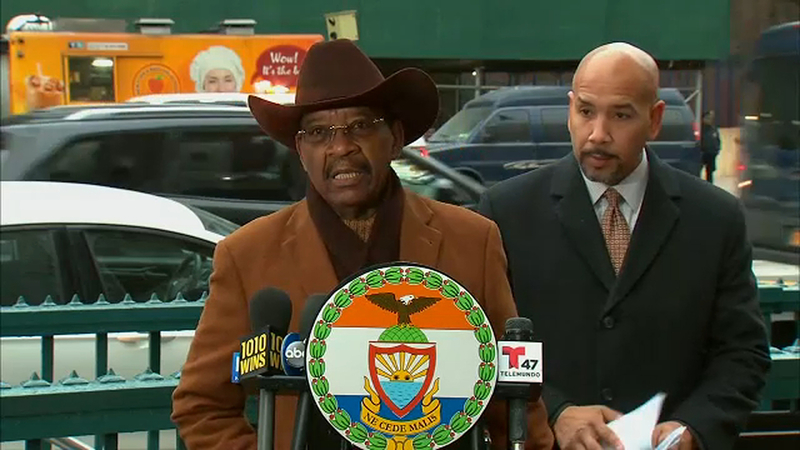 NEW YORK (WABC) -- Members of the New York City Council came together with leaders of the LGBTQ community Tuesday morning to call for the resignation of council member Ruben Diaz, Sr., over homophobic comments.

In the past, Diaz has compared homosexuality to bestiality. And last week, he claimed homosexuals control the City Council -- even though only five of 51 members are openly gay.

Diaz also made a remark about Council Speaker Corey Johnson being married to another man. Johnson is openly gay, but single.

The City Council could impeach Diaz with a two-thirds vote.

"People want him to leave," Johnson said. "If I had to guess, (do) I see 2/3 of the city council voting him out? I don't want to pre-judge that that's going to be the decision, but people want some action taken."

"If he's not willing to apologize, he simply shouldn't be there," de Blasio said.

Diaz, Jr., tweeted Saturday that, "NYC is a place where we celebrate diversity and inclusivity."

Diaz, Sr., a Pentecostal minister, did later tweet that he "misspoke" by referring to Johnson as being married.

The ethics committee is now considering how to discipline Diaz, who has thus far refused to apologize or step down.

"I have love in my heart, but I have intolerance toward hate and bigotry and misogyny and homophobia," former Council Speaker Melissa Mark-Viverito said. "And he represents all of that."

The City Council could take action Wednesday by stripping him of chairmanship on one committee.