7 On Your Side Investigates: Some still homeless 8 months after Queens sewage spill 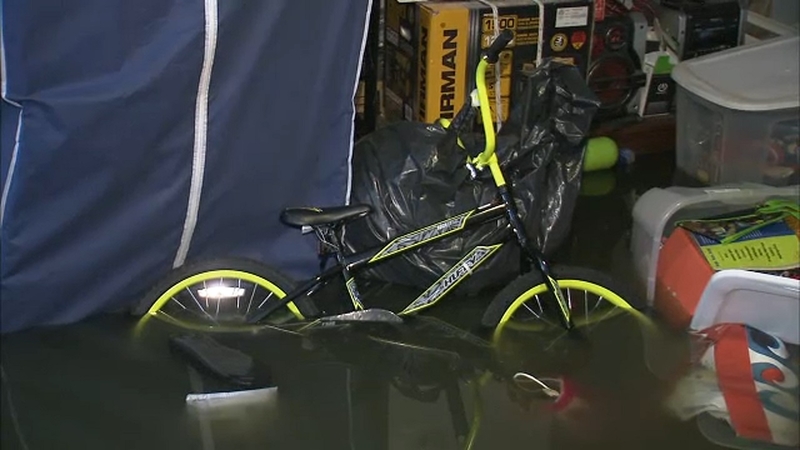 Some Queens residents left homeless by a sewage spill eight months ago are searching for new places to stay after they were forced out of their city-funded hotel rooms.

Teri Cleveland hasn't been able to return to her Jamaica home since Thanksgiving weekend, which is when a city sewer line ruptured and filled her home and dozens of others with raw sewage.

The city of New York took responsibility for the spill, and Mayor Bill de Blasio tweeted last year he was "working to get people back in their homes."

Related - Something stinks in Queens

But to this day, Cleveland's home is still torn apart from the damage.

"Please come and help us," she said. "You forgot."

For the last few months, the city put Cleveland and about a dozen others up in hotels until their homes were fixed. That's where they've been riding out the pandemic, without kitchens or laundry rooms.

But as of June 30, the city was no longer allowing them to stay put and notified residents they had to leave.

"There's nothing we can do," Cleveland said. "We can't handcuff ourselves to the bed."

The city still hasn't reimbursed most of those affected for the damages, so homeowners say they can't afford to make repairs to the homes.

Seven On Your Side Investigates found that of the 147 claims filed, less than two dozen have been paid out since November.

"It wasn't our fault to begin with," Cleveland said.

When 7 On Your Side Investigates contacted the Comptroller's Office to find out what happened, a spokesperson said they can't discuss the status of claims with anyone other than the homeowner or the homeowner's attorney.

The city Office of Emergency Management, the office in charge of putting people in hotels, said in a statement, "All families have signed off on the work that was done to their homes. We remain in constant communication with the displaced families and are working diligently with each individual throughout this process."

The mayor's office didn't respond after we reached out several times. Meanwhile, Cleveland is now sleeping on a family member's couch, waiting.

The city said it's giving $7,000 in relocation assistance to each family that checked out of hotels on June 30 to help cover expenses until their homes are fixed.