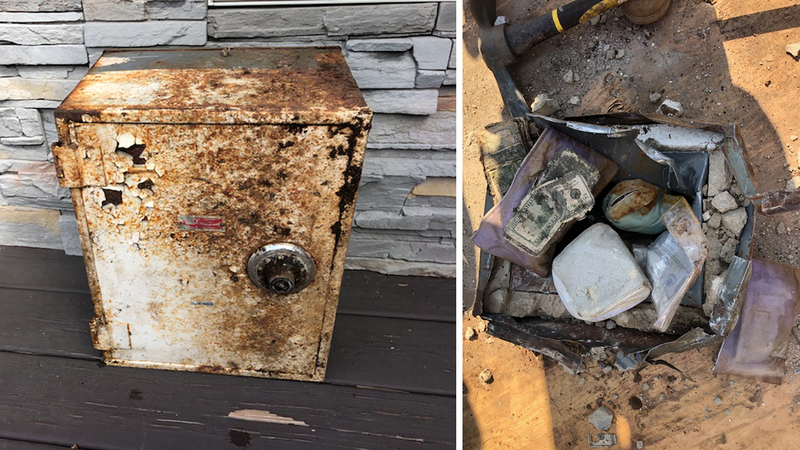 Landscapers discover safe in yard 7 years after it was stolen

TODT HILL, Staten Island (WABC) -- A Staten Island man made quite the valuable discovery in his backyard when he found a long-lost safe that had been stolen from his neighbor years ago.

The safe, which contained over $16,000 in cash, gold and diamonds, recently re-appeared after homeowner Matthew Emanuel began a landscaping project in his backyard.

Once the landscapers began to work on fixing the trees in Emanuel's yard, they discovered the safe, which had been hidden from view for years.

After police were contacted, it was discovered that the safe had belonged to a neighbor when it was stolen in December 2011. Both police and the family assumed the safe was lost forever.

"There it was, all these bags, zip bags with cash, gold, diamonds, it was incredible," Emanuel said.

Emanuel was able to reunite the safe -- and all of its contents -- with its rightful owner through an address he found inside.