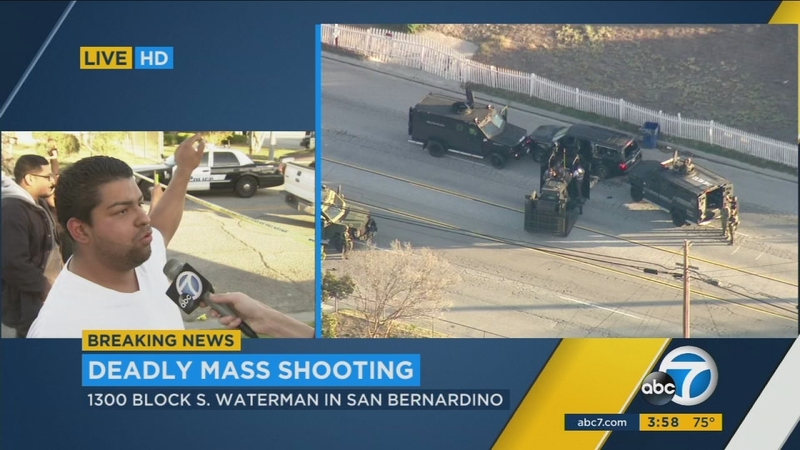 SAN BERNARDINO, Calif. -- A witness to a shootout between San Bernardino police and chase suspects inside a dark SUV described the massive gun battle.

The gunfire happened near Richardson Street and San Bernardino Boulevard, which is 1 mile south of a mass shooting scene that happened inside the Inland Regional Center in San Bernardino Wednesday.

Witness Jose Rocha, who was driving behind the vehicles, said he heard hundreds of shots fired after the short pursuit ended at the scene of the shooting between 3 and 4 p.m. He said the gun battle lasted for about one minute.

Rocha caught part of the gunfire on cellphone video. 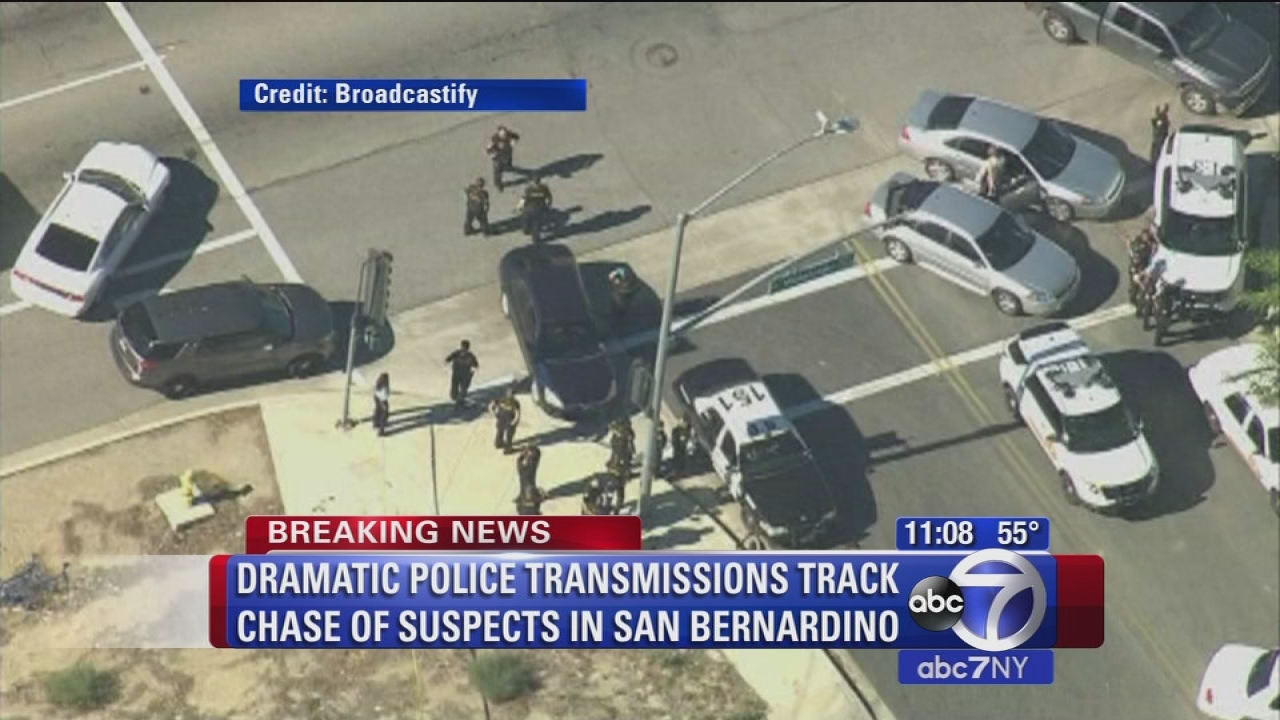 One officer was struck in the gun battle with non-life threatening injuries.

Other witnesses to the standoff said the incident was frightening as the gunfire happened in a residential area.
EMBED More News Videos

David Danelski, a reporter with the Press Enterprise, described the gunfire between suspects and police in San Bernardino Wednesday, Dec. 2, 2015.

Joey Perez, a 10-year-old witness, said he was coming home from school when the shootout was happening.
EMBED More News Videos