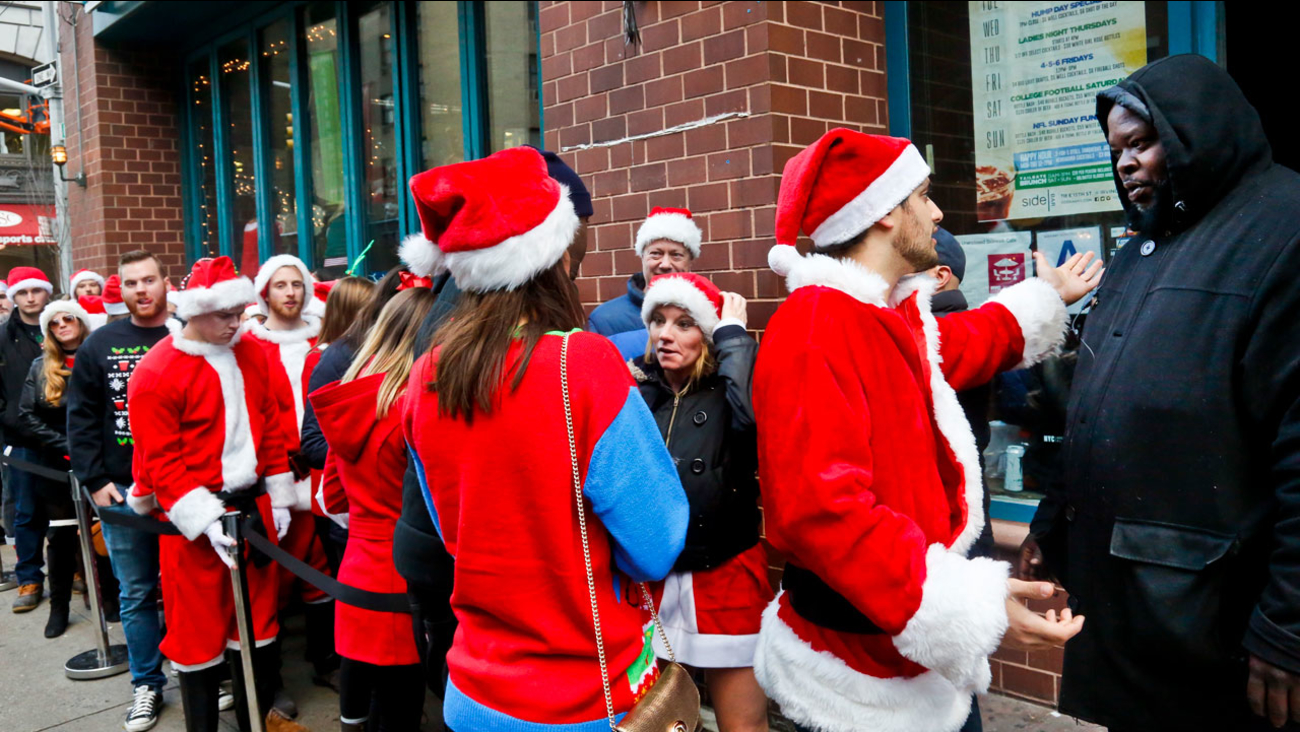 HOBOKEN, New Jersey (WABC) -- The rowdy holiday tradition known as 'Santacon' wreaked some havoc on the streets of Hoboken.

16 people were arrested on charges ranging from disorderly conduct to assault - among them were four people who were taken into custody at the Texas Arizona Bar after getting into a fight.

Authorities say officers were assaulted and spit on.