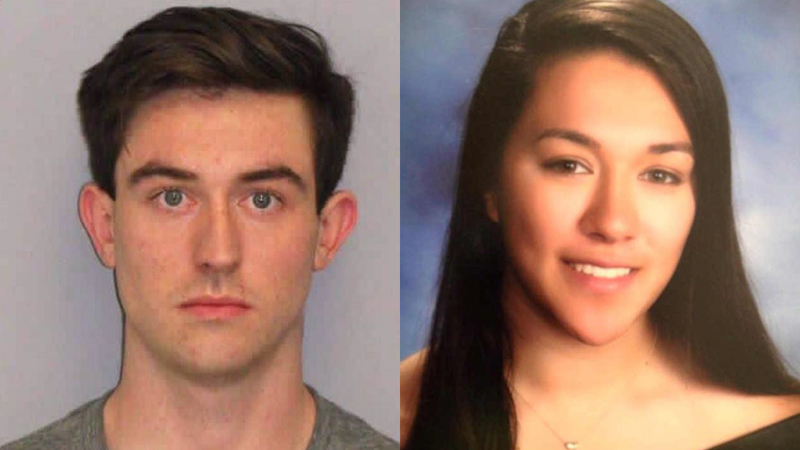 Accomplice in Sarah Stern murder gets 18 years in prison

FREEHOLD, New Jersey (WABC) -- The man who helped dump the body of his former prom date after his roommate murdered her in New Jersey in 2016 was sentenced Friday to 18 years in prison.

He then testified against now-convicted murderer Liam McAtasney, who was sentenced last week to life in prison without the possibility of parole.

McAtasney strangled Stern at her home in Neptune and then tossed her body -- which has never been recovered -- into the Shark River Inlet in 2016.

While the two had been friends, prosecutors say McAtasney had plotted to rob Stern of inheritance money. Her unoccupied vehicle was found hours later on the Route 35 Bridge with the keys still in the ignition.

Taylor helped dispose of the body.

Anthony Curry, an amateur filmmaker, came forward to authorities in January 2017, about a month after the murder. He testified that McAtasney had approached him the previous Thanksgiving with his plan to kill Stern and steal money left to her when her mother had passed away.
After Stern's disappearance, Curry went to police, who had him contact McAtasney and arrange a face to face meeting. In a secret video recording set up in Curry's car, McAtasney allegedly admitted in graphic detail choking Stern for a half an hour, stealing her safe and disposing of her body.