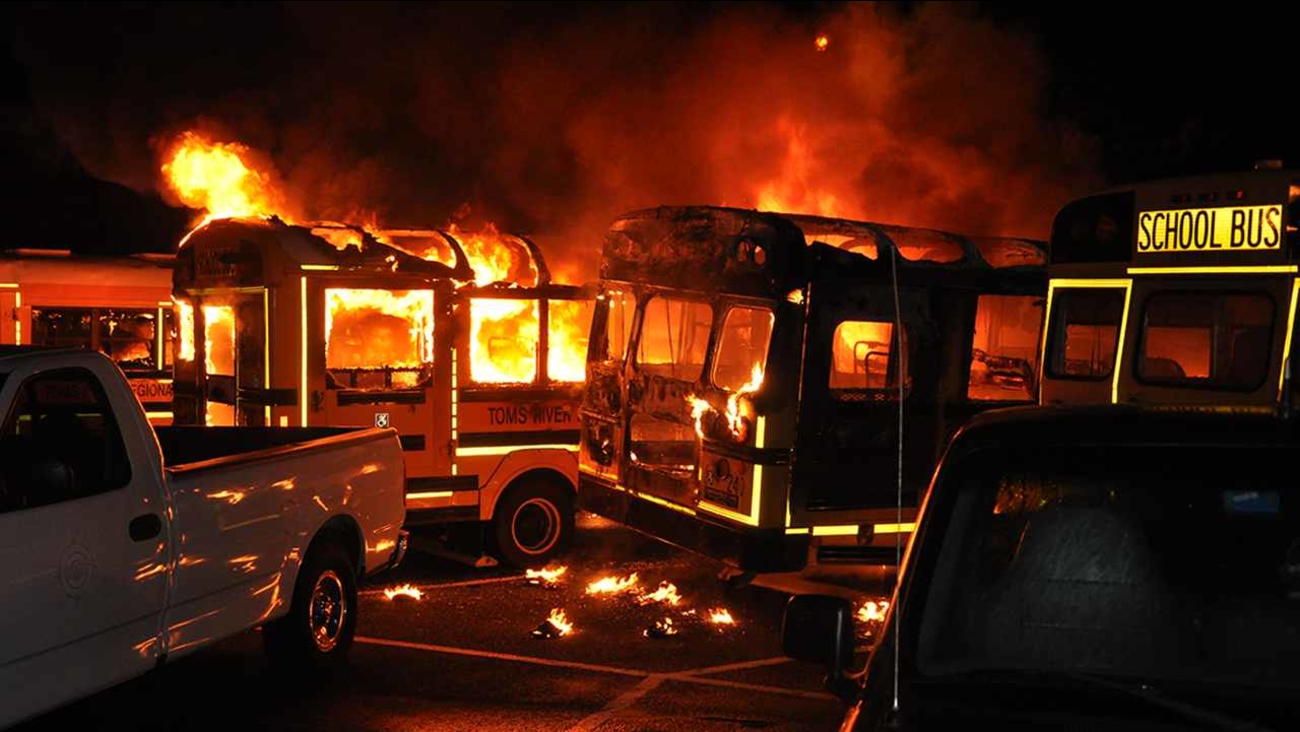 Around 2:40 a.m., firefighters responded to the rear of 2301 Industrial Way in Toms River after a police officer noticed smoke while on patrol.

The vehicles are owned by the Toms River School District and were parked in a transportation storage area.

Toms River Fire Companies #1 and #2 eventually put out the fires.

Officers were still on the scene late Friday morning investigating the cause of the fires.