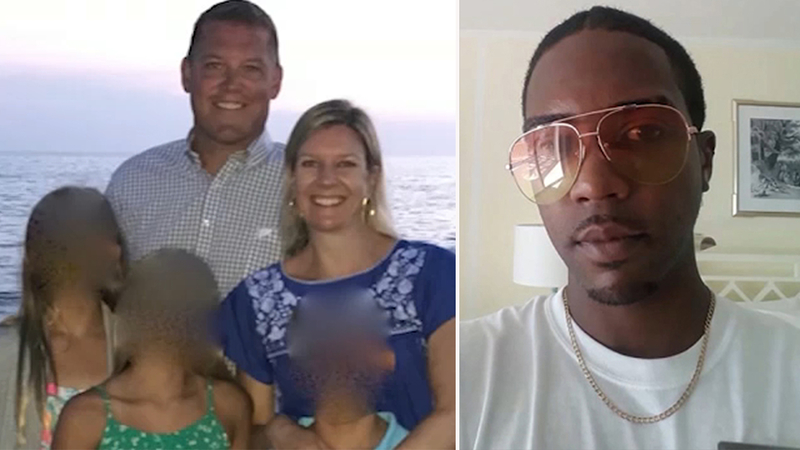 NEW YORK -- A Connecticut man charged with killing a hotel worker he says attacked his family on the Caribbean island of Anguilla has been sued by the worker's estate in a U.S. court.

Scott Hapgood, 44, of Darien, and his family say Kenny Mitchel showed up at their room unannounced during an April vacation and demanded money, then attacked them. After a struggle, Mitchel, 27, died. Hapgood was charged with manslaughter but said it was self-defense.

The wrongful death lawsuit was filed in Wednesday in U.S. District Court in Connecticut by attorneys for Emily Rebecca Garlick, who is the mother of Mitchel's daughter, and Gerard Neville Mitchell, who have been appointed representatives of Kenny Mitchel's estate. There is no indication whether Mitchell, whose last name is spelled differently in the lawsuit from the victim's, is related to Kenny Mitchel.

Mitchel posed no risk to Hapgood and died as a result of Hapgood's actions, according to the lawsuit. Hapgood restrained, pinned and straddled Mitchel, then applied force and pressure to his neck, it says.

A Hapgood family spokesman previously said a toxicology report found that Mitchel had cocaine in his system.

Hapgood, a financial adviser, is free on $74,000 bond and has returned to Connecticut. He has refused to return to the British territory for additional court hearings over concerns for his safety. He is considered a fugitive there.

The lawsuit did not list an attorney for Hapgood. A message was left Thursday for his attorney in the criminal case.

The story has made international news, with even U.S. President Donald Trump weighing in.

"Something looks and sounds very wrong," Trump wrote in an October tweet.