"I almost ran it over. My son was like pointing to it like, 'Hey, there goes a shark,'" recalled Jim Piazza.
WPVI
By Trish Hartman 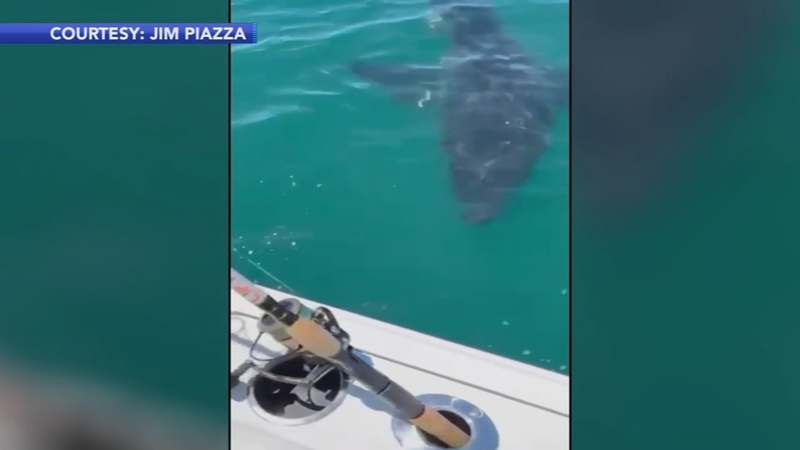 SEA ISLE CITY, New Jersey -- A few anglers were startled and excited to find a great white shark swimming near their boat along the Jersey Shore last weekend.

You can hear a voice say off-camera: "Right off the coast of Sea Isle. Look at this monster!"

It was Saturday around noon when Jim Piazza was bringing his new boat in after fishing for a few hours off the coast of Sea Isle City, New Jersey.

"I almost ran it over. My son was like pointing to it like, 'Hey, there goes a shark.' And I'm like, 'No way!' So I made a loop around and yeah we circled it for about 10 minutes. It was just kind of swimming north towards Ocean City," said Jim, who spoke with Action News on Monday morning.

The videos they took drew a lot of attention on social media after one of them was shared by the Coast Guard Station Cape May over the weekend. 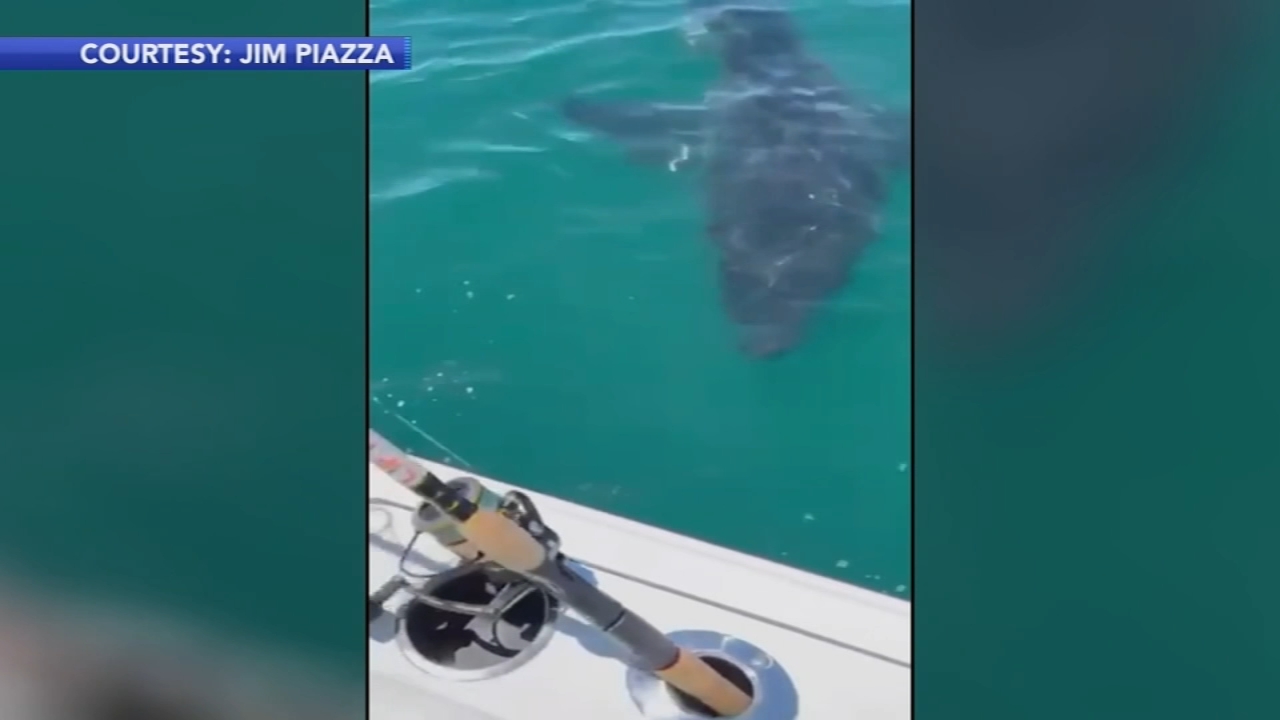 Jim's son and his son's friend were on the boat and threw the shark a few fish.

The sighting happened about a mile away from the beginning of Townsend's Inlet.

Jim's cousin Joey was also on the boat. Joey says he's fished up and down the East Coast and this is the closest encounter he's had with a great white.
"It was amazing...it came right down the side of the boat. We circled it twice. Didn't even break its course. It didn't even know we were there," said Joey.

Professor of marine science Steve Nagiewicz from Stockton University says that based on looking at the videos, he believes it is indeed a great white shark.

He adds the shark's seemingly unbothered behavior is normal since the boat is not food.

"I have students who tell me all the time that they found a shark and it's unique. They're always there, but they stay away from people. It's a good thing. It means the environment's healthy," explained Nagiewicz.

Nagiewicz estimates it to be a teenage shark, likely about eight feet long.

He said for nervous swimmers, sharks are almost always in our midst at the shore, so you should always be aware of your surroundings in the water.