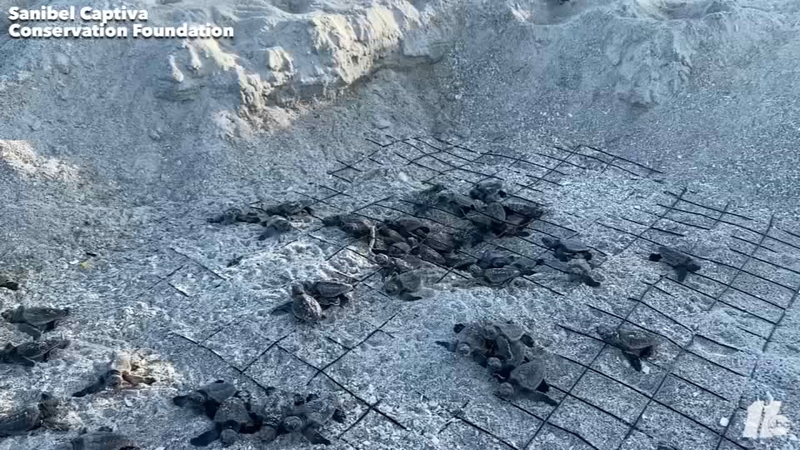 FORT MYERS, FL -- Sea turtles in Florida are emerging from their nests and heading to the ocean.

Sanibel Captiva Conservation Foundation, which is one of the longest running sea turtle conservancy programs in the United States, released video showing some of their turtles emerging.

The group said it has around 500 loggerhead turtle nests every year.

This year, due to social distancing restrictions, fewer humans have been on the beaches near the nests. The conservancy group says that is why they are seeing more turtles than ever emerge this year.

All of the group's nesting areas have grown from last year, including Fort Myers Beach, which grew the fastest--seeing 74 nests compared to just 26 last year.

For the first time ever, the group reports seeing leatherback sea turtles. They are the largest of the seven species of sea turtles, and they are endangered.