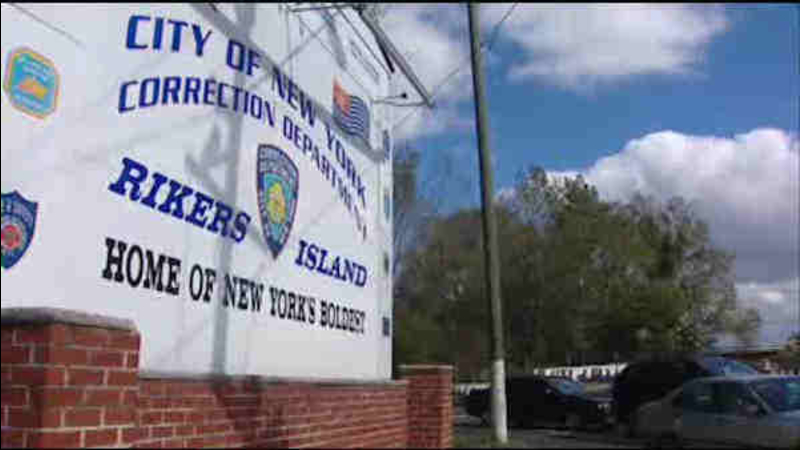 RIKERS ISLAND (WABC) -- There are shocking accusations of sexual assault in Rikers Island after an inmate claims he was attacked by a correction officer and now lives in fear.

The latest complaint comes on the heels of a new directive to reform the jail's handling of sexual abuse, but this case suggests the new policy may need some work.

The Department of Correction has struggled for years to reduce sex assaults at its 10,000-inmate Rikers Island jail, and just last month, they released a new directive that emphasizes a zero-tolerance policy when dealing with sexual abuse.

But four weeks later, an inmate is alleging that a correctional officer sexually assaulted him.

"He was groping my genitals, grabbing my (expletive), putting his hand between my butt cheeks," inmate Justin Kuchma said. "While he's doing all of this, he's asking me if I like it, he's calling me a (expletive)."

Kuchma spoke exclusively to the Eyewitness News Investigators by phone from inside Rikers, where he's awaiting sentencing for a non-physical violation of an order of protection.

"He's kicking me in the shins," he said. "As he's done with his search, he pulls my pants down."

Kuchma said the officer sexually assaulted him after he told the guard to stop using racial slurs against a fellow inmate. He immediately reported the alleged attack, but despite the new sex assault directive that claims to treat all allegations seriously, Kuchma said the correctional officer remains on his post and sees him every day.

"I'm scared of him, physically scared of him," he said. "When he initially did the first assault, he whispered in my ear he'd get me at a later date. He knows where there are no cameras."
Kuchma's attorney said the fact the alleged assault occurred in the open shows the new zero-tolerance policy has zero effect.

"They didn't take him into some back room where they could see it," said attorney Randolph McLaughlin, of Newman Ferrara LLP. "He was in an open area, cameras there, so these officers felt they could act with impunity, that nothing would happen to them. "

The DOC released a statement that the matter is under investigation, adding that "the vast majority of our officers carry out their duties with care and integrity."

The most recent data from DOC shows that in 2014, there were 89 allegations of staff sexual abuse or harrassment of inmates. Of those 89 complaints, the DOC failed to substantiate a single case.

Meanwhile, as Kuchma waits in Rikers for a court date, he's trying to avoid the officer whom he claims has left him an emotional wreck.

Through his attorney, Kuchma on Tuesday filed a notice of claim to sue the city alleging sexual abuse. The DOC says it's investigating and that under the new commissioner, they've more than doubled their staff that handles internal investigations.