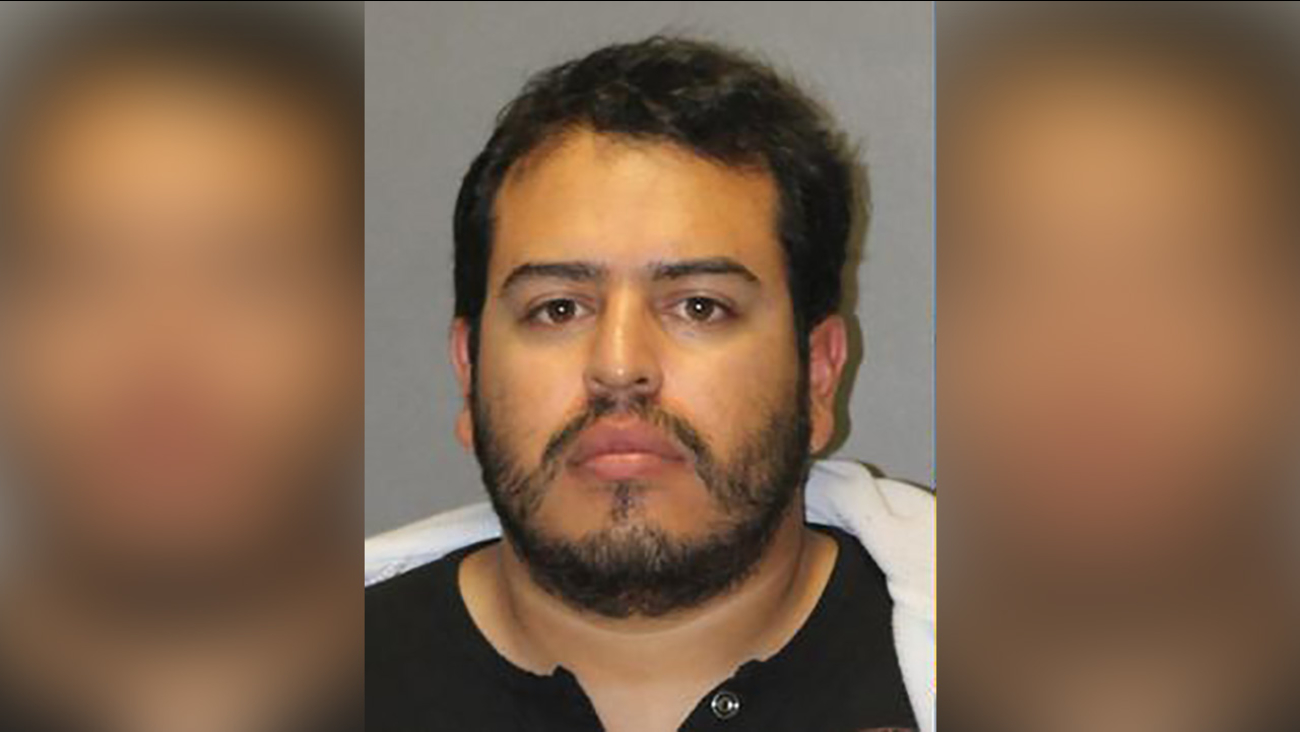 Stevens Millancastro is seen in a booking photo that was released by authorities on Tuesday, Nov. 21, 2017. (Orange County District Attorney's Office)

SANTA ANA, California -- A 27-year-old man has been charged and arrested for allegedly ejaculating into his female co-worker's water bottles and putting semen into her honey jar and on her computer accessories at an office in La Palma, California, prosecutors said.

Stevens Millancastro, aka Stevens Millan, was charged Friday with two counts of battery and three counts of attempted vandalism, all misdemeanors, according to a news release. The charges include sentencing enhancements for committing the crimes for the purpose of sexual gratification.

At the time of the alleged crimes, Millancastro had worked with the victim since 2014, the Orange County District Attorney's Office said.

Millancastro allegedly ejaculated on two separate occasions into the victim's water bottle, which she discarded after noticing the water was cloudy.

After the woman noticed cloudy water in a third bottle on Jan. 9, she reported the incident to her supervisor, who then installed a surveillance camera in her office. Millancastro was allegedly recorded on video as he entered her office before the next incident.

"On Jan. 13, 2017, Jane Doe sat at her desk and touched her computer mouse, which was smeared with semen," the news release said. The alleged victim contacted La Palma police, who conducted an investigation and arrested Millancastro on Tuesday.