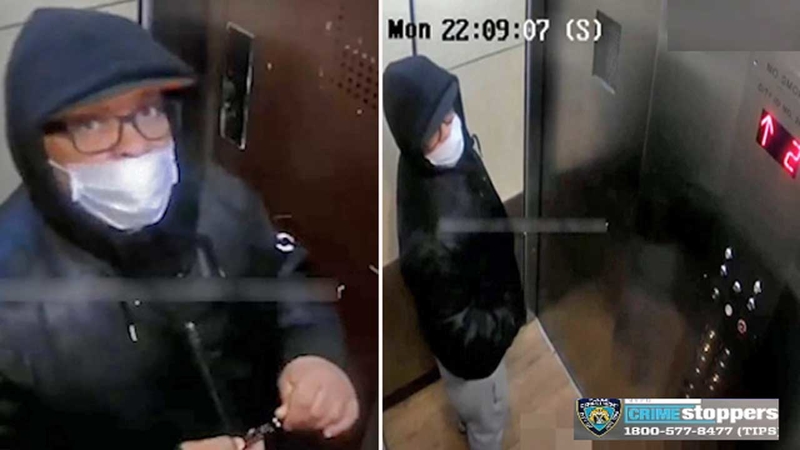 PELHAM PARKWAY, Bronx (WABC) -- A Level 3 sex offender was charged with raping a woman in the elevator of her apartment building in the Pelham Parkway section of the Bronx earlier this week.

He reportedly went to the precinct to claim he wasn't involved, telling detectives he was there to clear his name.

He was wanted for allegedly following a 40-year-old woman into her building in the area of Bolton Street and Lydig Avenue Monday night.

Authorities say he then raped her at knifepoint inside the elevator.

He also allegedly stole $112 before fleeing the scene.

Rotestan is charged with rape and sexually motivated robbery.

He was previously designated a Level 3 sex offender, the highest level, after he was convicted of two similar sex assaults -- both at knifepoint and both in elevators -- in 2005.

On December 5, 2005, he followed a 39-year-old woman into an elevator, demanded her pocketbook at knifepoint and then sexually assaulted her.

He was only interrupted when the elevator door opened, and he fled.

Then, on December 11, 2005, he followed a 21-year-old Bronx woman into an elevator, raped her at knifepoint, and stole her cell phone and money.

He was arrested the same day, and while in custody for the second attack, he was linked to the first and arrested.

He spent the next 16 years in state prison and was just released 43 days ago, on March 30.

In all, he has served four separate stints in state prison. His other arrests include:

On August 30, 1997, he stole a bicycle at knifepoint from a 16-year-old boy early in the morning. He caught on the bike later in the day and taken into custody.