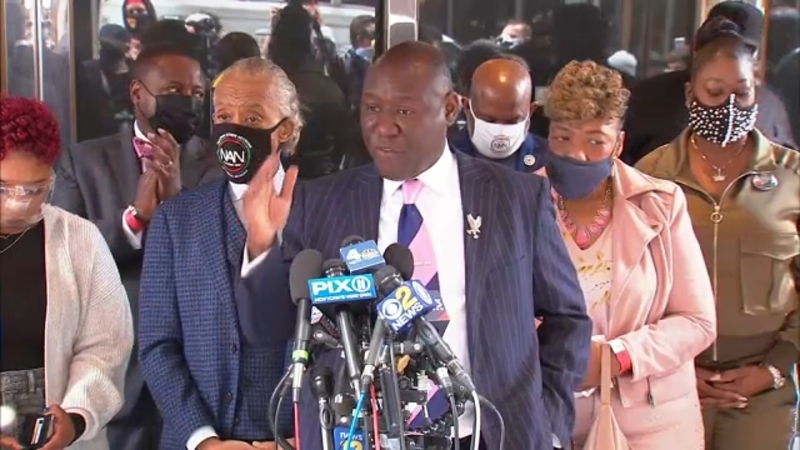 The press conference took place after the "Mothers of the Movement" panel during the National Action Network's virtual convention.

Sharpton and Crump addressed both the Daunte Wright case and George Floyd, and the policing that was used in both incidents.

"We demand people deal with the question there are two levels of policing in this country one for blacks and one for whites," Sharpton said.

It is was held at 2 p.m. outside the Sheraton New York Times Square hotel.

Daunte Wright was shot and killed Sunday. He was pulled over during a traffic stop for an expired tag, then police learned he had a warrant for failure to appear in court on charges of possessing a firearm and running from police.

Officer Kim Potter who shot and killed him resigned on Tuesday from the Brooklyn Center Police Department.

One day later, the 48-year-old was charged with second degree manslaughter.

"Manslaughter 2 is the least she should get, possibly more," Sharpton said.

She was a 26-year veteran and president of a police union.

She was actually training a rookie cop during the deadly encounter with Wright.

On body cam video, Wright is seen jumping back into his car. You can hear Officer Potter shout, "Taser, Taser, and then fire a fatal shot."

The department says it appears she thought she fired her Taser, not her gun.