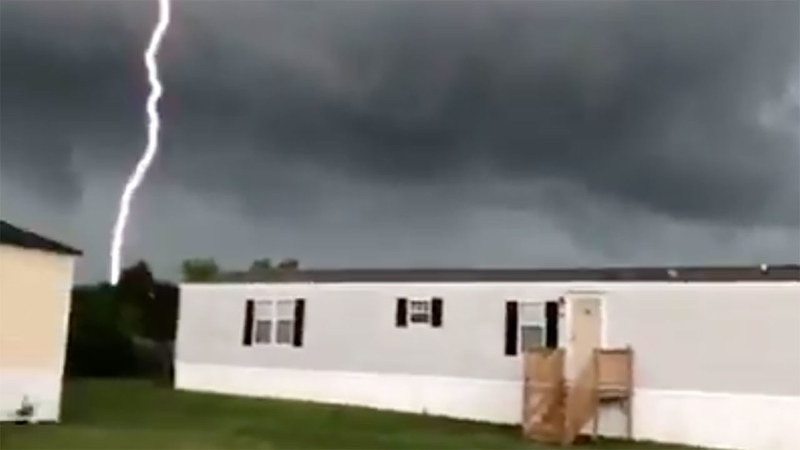 LILLINGTON, NC -- A North Carolina science teacher had a near miss with a bolt of lightning that sent him running for cover.

Shawn Hicks said he stepped outside to film the storm, which prompted the National Weather Service to issue a severe thunderstorm warning, to show his seventh-grade students.

"Y'all got something bad coming!" he can be heard saying immediately before a crash of thunder and several lightning strikes. "Maybe I should go inside," he said aloud as the wind picked up.

Two minutes later, the storm delivered another crash of thunder and a frighteningly close lightning strike.