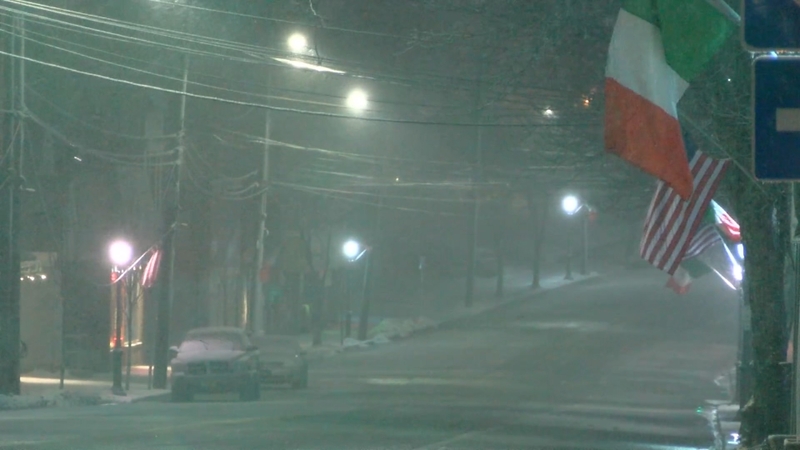 NEW YORK (WABC) -- Yet another nor'easter began dumping snow across the New York area Tuesday morning, with the storm lasting into the early evening in parts of the region before the final flakes fell.

The third nor'easter in less than two weeks took aim at Long Island and coastal Connecticut, with Suffolk and Fairfield counties bearing the brunt of the storm. Accumulations were minimal in New York City and New Jersey, where the snow tapered off around noon, but the hardest hit areas saw upwards of a foot of snow.

The cleanup from the previous two storms is still ongoing, as fallen trees downed power lines and left tens of thousands in the dark. Some residents in New Jersey and New York City's northern suburbs were still without power even before the arrival of storm No. 3.

A few thousand utility customers remain without power in New Jersey, with major utilities reporting that more than 6,300 customers were still without service following last Wednesday's nor'easter. Most of them lost their service during the storm, but some haven't had power since the first destructive nor'easter roared in March 2.

There were scattered power outages, but they were as widespread as last week. There was only minor coastal flooding.
EMBED More News Videos

Tim Fleischer reports on the storm's impact in Westchester County.