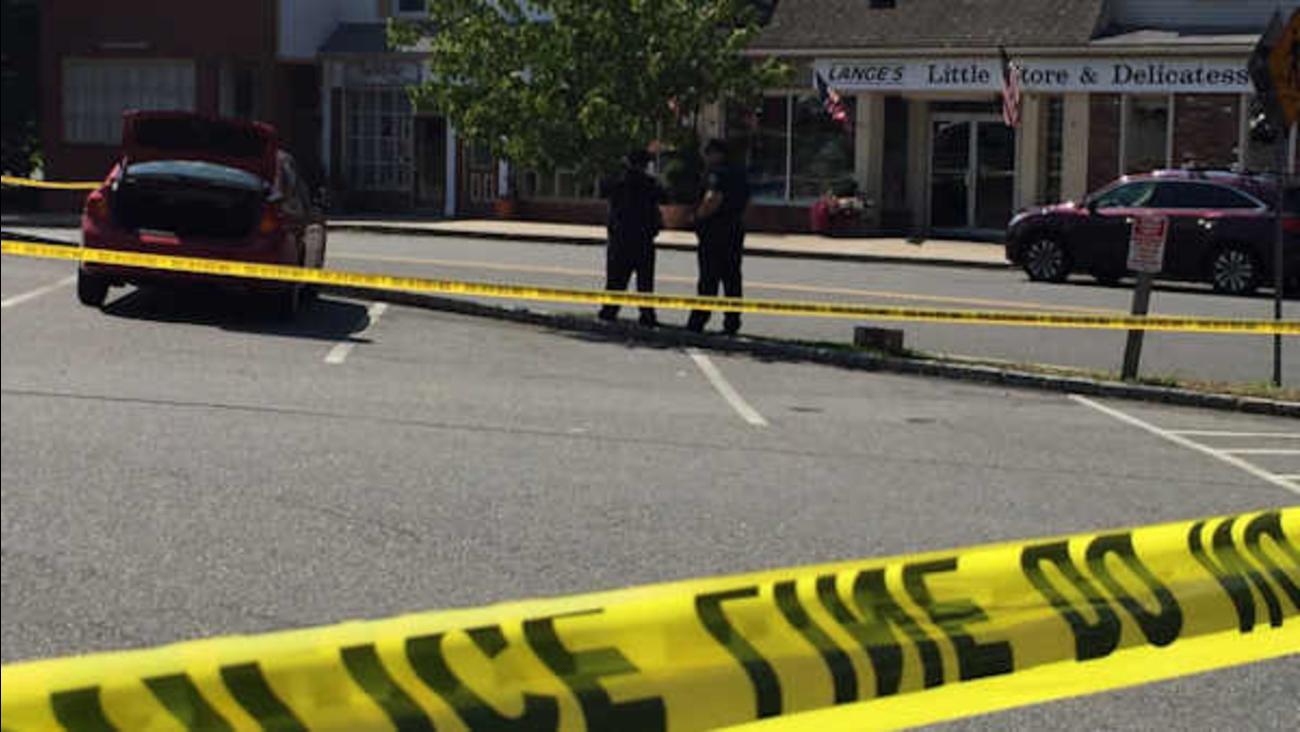 BEDFORD-STUYVESANT (WABC) -- Police in Brooklyn are trying to find the gunman who shot and killed a deli worker.

"It's not about business, he was a part of our community," said Maegan Harris, a customer.

And that's why video showing a gunman walking into Las Vegas Deli and opening fire killing Rafael Pujols is so hard to watch.

Everyone along Howard Avenue called him Ralphie.

There is a memorial now for the 49-year-old who, they say, would give you the shirt off his back.

"When you were short, he'd let you go, come back and pay him later," a customer said.

Sunday night around 6:30, a man walked in the deli and seconds later fatally shot Rafael.

The married father of three from the Dominican Republic owned the corner store, where customers would often see his wife and boys helping out.

"They came here in search of a better life, they found one, and for this guy to show up and demand money, I mean, what's that," said Ron Edmund, a customer.

In fact, Sunday evening Rafael's oldest son, Alexander, told Eyewitness News he was right next to his dad when the suspect barged in, but the gunman didn't see the 21-year-old, who was standing behind a sign.

Alexander says, his father never had a chance to react, that the suspect yelled hand over the money and fired a shot, striking Rafael in the stomach.

But this wasn't about money.

Alexander says the same man had come into the store five days earlier and got into a small argument with Rafael over the cost of a lottery ticket.

He believes the suspect returned to settle the score.

"He's watched our children grow up, he was an excellent guy, his children, his wife, that family was a beautiful family," Harris said.

The suspect is described as approximately 6'00", 275 lbs., with a medium complexion and brown eyes. He was wearing a black mask, a black baseball cap with silver brim, a black Champion hooded sweatshirt, dark gloves, black jeans and black boots. He was armed with a silver revolver. The suspect appeared to have bowed legs and walked with a limp.

Anyone with information in regards to this incident is asked to call the NYPD's Crime Stoppers Hotline at 800-577-TIPS. The public can also submit their tips by logging onto the Crime Stoppers Website at http://WWW.NYPDCRIMESTOPPERS.COM or texting their tips to 274637(CRIMES) then enter TIP577.