4 shot in East New York after 4th of July fireworks; Man in custody 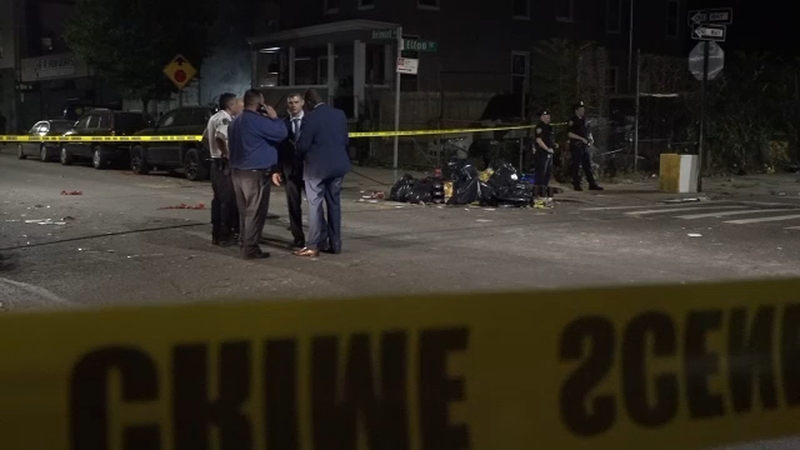 4 shot in Brooklyn after 4th of July fireworks

EAST NEW YORK, Brooklyn (WABC) -- Police are investigating after four people were shot in Brooklyn shortly after the Fourth of July fireworks.

Police have taken one person into custody for questioning.

Three of the victims were taken to Brookdale University Hospital, and another Jamaica Medical Center, all in stable condition.

Detectives are looking into the motive for the shooting.

Debris from leftover illegal fireworks were scattered throughout the crime scene hours after the shooting. Police said a party was taking place before it happened.

"The car came, pow, pow, pow, pow they drove off ... I hope they did catch him. That's messed up because they could have hit my grandkids, and then you'd have to deal with me." a neighbor said.