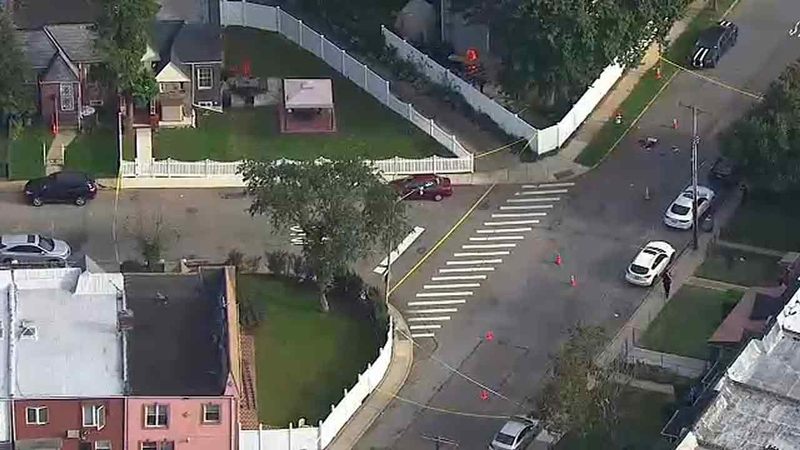 Investigators say five shots rang out in the area of 170th Street and 119th Road in South Jamaica at about 12:30 p.m.

Officers arrived to find a 31-year-old man who had been shot in the abdomen. He was taken to Jamaica Hospital Medical Center in critical condition.

"You see someone that needs help, then you help them," said South Jamaica resident Charlene Jackson, who watched as crime scene investigators carefully marked the shell casings and tracked the trajectory of the bullets.

The victim was left bleeding in the middle of 171st Street and Jackson rushed over to help.

"I just walked over to him to see if he was okay," she said. "He didn't say anything, he was just moaning." She says the man did not look familiar.

One of the shots appears to have struck the side of a house. Another hit a fence. No one else was injured.

The victim, later identified as Dashawn Taylor, may not have been from the neighborhood.

A motive for the shooting is not yet known and no arrests have been made.