2 taken to hospital after shooting in Canarsie, Brooklyn 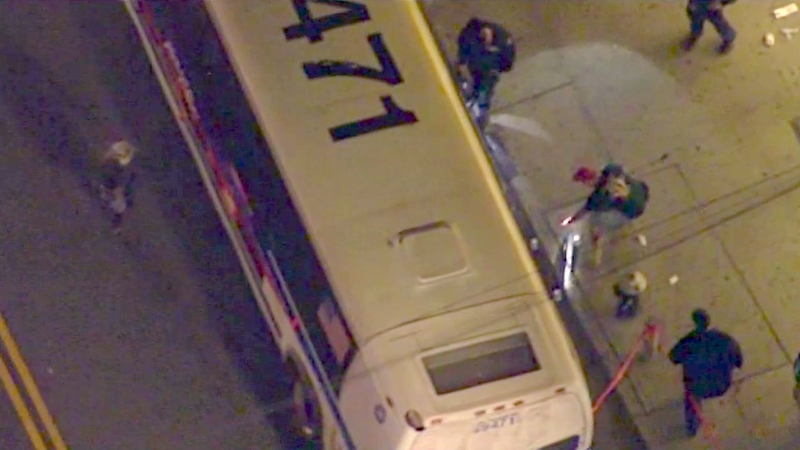 The shooting happened at about 4:45 p.m. in the Canarsie section.

NewsCopter 7 showed an MTA bus in the roped-off crime scene.

Police spent hours trying to piece together this sudden outbreak of violence.

"I heard about three gunshots go off," a witness said.

The gunshots went off at the height o rush hour, as a 44-year-old man was waiting for the bus and found himself in the crossfire.

"It was crazy," a witness said.

Police believe the shooting on Rockaway Parkway was targeted at one of the victims, a 21-year-old man who was hit in the leg.

The other victim, sources say, was minding his own business when he took a bullet in the chest.

Police searched for surveillance video, but say despite several cameras in the area none captured the actual shooting on the busy block.

"The world isn't as safe as we think it is," a resident said.