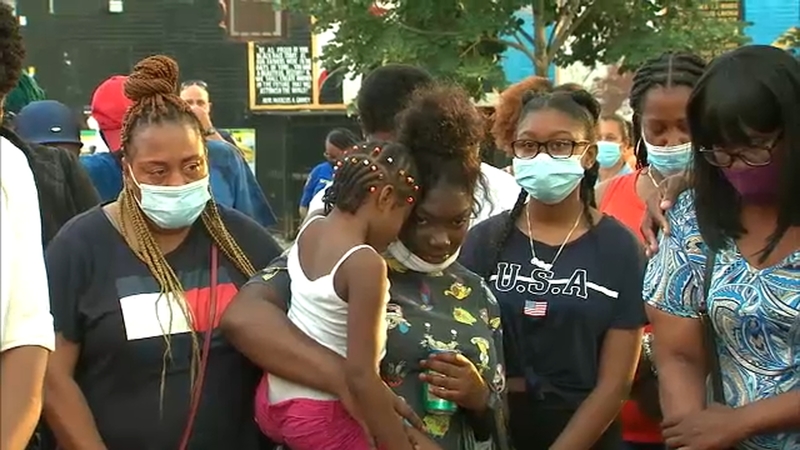 NEW YORK CITY (WABC) -- The NYPD put new measures in place to crack down on gun violence across New York City -- which took effect Friday night -- to try to put a stop to the increase in shootings and tragic deaths.

The End Gun Violence Plan consists of a shifting of police resources and community involvement. It will focus on safety in all five boroughs.

"We have individuals involved in current violence throughout this city," Commissioner Dermot Shea said. "And when you look at their rap sheet, they have three, four, five prior gun arrests. You just have to stop and shake your head and say, 'What is going on?' There's got to be a different way to do this in terms of getting guns off the streets, but doing it in a way that builds trust with the community and also getting people prosecuted."

The shooting of a 1-year-old at a family cookout in the Bronx last week really highlighted the problems plaguing the city of late.

Authorities say its critical response and surge response groups will be redeployed particularly to areas seeing a spike in gang activity.

They will provide resources such as mobile trauma units and clergy on the streets in hopes of keeping crime down.

Reverend Gerald Seabrook of the United Clergy Coalition says they welcome the additional police force to stop the crime.

"We have no intention of giving back any blocks to gang members that we have earned over the years with our sweat and blood," Shea said.

The city is moving all available resources to the Bronx and Brooklyn where the commissioner said most of the increase in shootings have been located.

There will be additional foot patrols.

RELATED: Suspect in custody in murder, decapitation of tech guru in NYC

The End Gun Violence Plan released by the city is below.

Shift patrol resources to areas with high shootings:
The NYPD will increase foot patrols to proactively deter crime and enhance deployments in high violence areas to increase deterrence and closer engagement with the community.

Enhance shooting investigations:
The NYPD will shift detective and investigative resources toward areas that have experienced increases in shooting incidents.

Organize gun buy-back events:
The NYPD will be organizing additional gun buy back events in communities with recent upticks in gun violence.

Work with Community Partners:
The NYPD will increase coordination with Cure Violence to better focus resources and hold multi-agency commander council meetings in communities with recent upticks in violent crime.

Omnipresence:
Officers from the Critical Response Group and Strategic Response Group will be deployed across the city. Many of the locations where they are typically assigned remain closed and do not necessitate the same level of resources.