20-year-old woman robbed, slashed in face while walking home in the Bronx 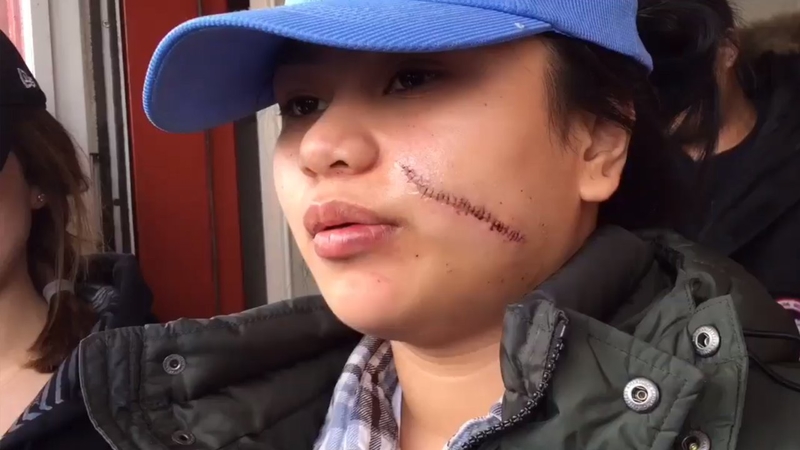 20-year-old woman robbed, slashed while walking home in the Bronx

VAN NEST, Bronx (WABC) -- A 20-year-old woman was slashed across the face in Bronx overnight, the New York City's latest incident in a bizarre pattern of such attacks.

The incident happened on normally quiet Holland Avenue in the Van Nest section around 12:15 a.m. Friday.

Police said the victim, who is a college student, was walking home at the time, when the suspect approached.

"My first instinct was to grab onto the phone and that's when he slashed me and pushed me to the ground and kicked my face and took my purse," Paula said.

He tried to grab her right hand, then attempted to steal her cellphone. When that was unsuccessful, he slashed her in the face.

She fell to the ground, where the suspect kicked her, took her purse and fled the scene.

"I was screaming as loud as I can so I guess that kind of frightened him, and he ran the other way," Paula said.

Paula was taken to Jacobi Hospital, where she was treated for a gash to her face. She said she received at least three layers of stitches.

The suspect is described as a Hispanic male in his 30s, standing approximately 5-feet, 5 inches tall.