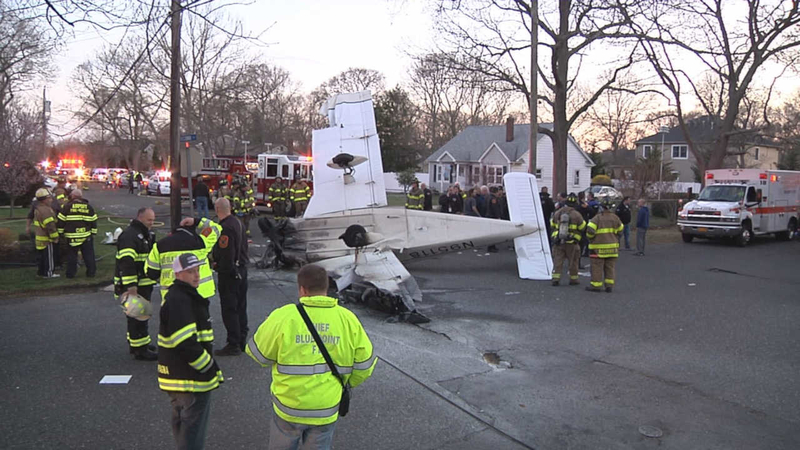 BAYPORT, Long Island (WABC) -- Federal investigators are looking into a plane crash that left a pilot and his passenger badly hurt on Long Island.

It was a frantic scene in Bayport Sunday night when the small plane fell out of the sky and came crashing into trees, then a utility pole on 3rd Avenue. The plane then skidded half a block, and burst into flames on 2nd Street. 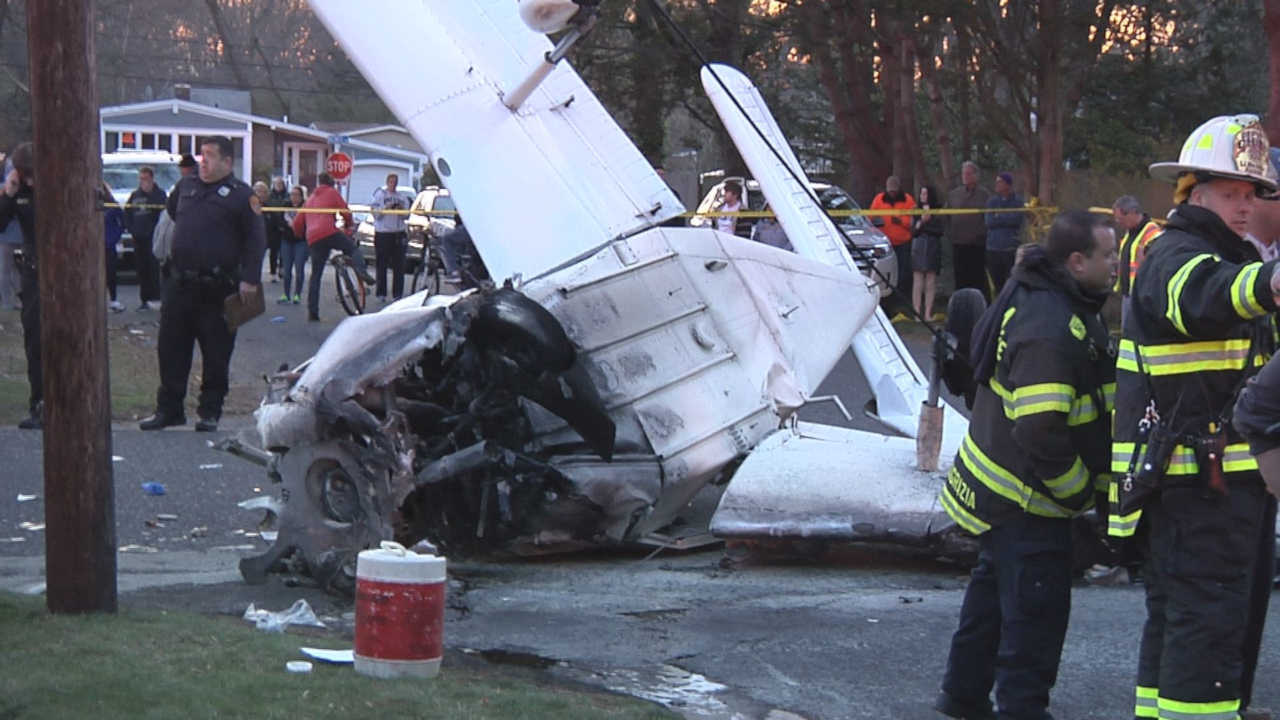 "I was looking out my window, the plane stalled, twisted around, and it went on fire and stuff," witness James Gallo said. "When he hit the pole, he flipped going south."

The crash happened just after 7 p.m., when officials say the pilot lost power and was circling back to the Bayport Aerodrome landing strip when the engine went out.

"In an unbelievable display of heroism, (they) were able to take the pilot and the passenger out of the plane," Suffolk County Police Commissioner Timothy Sini said.

Two passengers in the plane were airlifted to Stony Brook University Medical Center. They are both expected to survive.

"We would like to thank the community for their concerns about Scott Clifford and Michael Rome while they are being cared for at Stony Brook University Hospital. Scott remains in serious condition and Michael is now in good condition. Both are being treated by an excellent team of multiple specialists from the Stony Brook Trauma Center. Out of concern for their well-being, we ask that you respect their privacy and our family's privacy as we all focus our attention on their recovery. We would like to extend our deepest gratitude to the good Samaritans in the Bayport Community, as well as the First Responders for their heroic efforts in helping rescue Scott and Michael."

The mangled plane was resting in a residential neighborhood late Sunday night, with the row of homes around it untouched.

"This is nothing short of a miracle - both that the airplane did not hit any houses and any other individuals," Sini said. "We're talking about a Sunday evening at 7, clearly people could be out and about."

The FAA is investigating, and the NTSB is working to determine the cause of the crash.
Related topics:
bayportplane crash
Copyright © 2021 WABC-TV. All Rights Reserved.
TOP STORIES
Arrest made in woman's death from fall down subway stairs
What is omicron? What to know about new COVID variant
State of Emergency issued in NY to help boost hospital capacity
Christina Applegate shares message on 50th birthday after MS diagnosis
2 cases of omicron variant identified in Britain
Half of NY's $2.4B in rent aid held up 6 months after launch
Holiday shipping deadlines to get packages mailed on time: LIST
Show More
AccuWeather: Freezing winds and potential flurries
Woman accused of punching victim over mask outside NYC bodega
Suspect charged in shooting that injured 2 NYPD officers
Black Friday seemed almost normal: Sales increase 30% from 2020
Girl paralyzed in porch swing accident now helping other injured kids
More TOP STORIES News