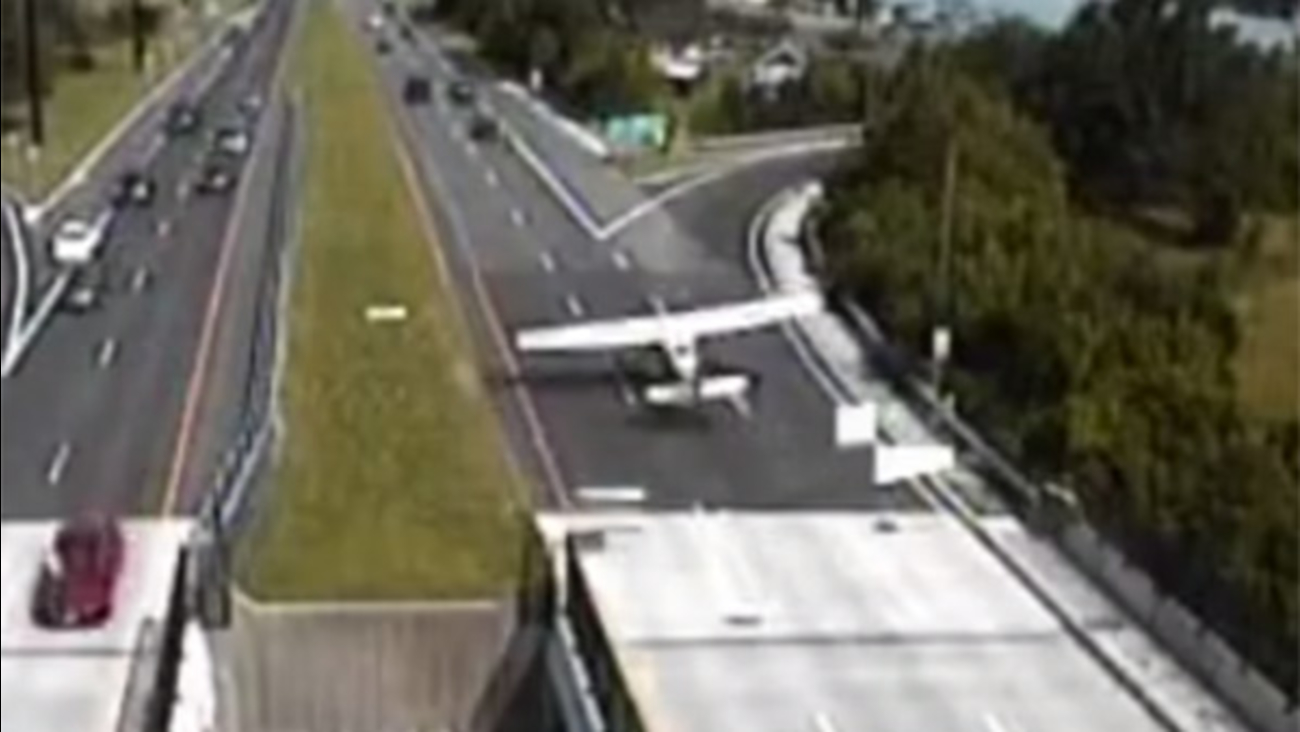 STAFFORD TWP., N.J. -- Police have released video showing the moment a small plane landed on a highway in Ocean County, New Jersey over the weekend.

The video shows traffic proceeding normally in the area of Route 72 and Route 9 at 10:10 a.m. Sunday.

The plane suddenly appears from the bottom of the screen as it touches down, coming to rest in the median.

Police say the small single engine plane, carrying students from the Skydive East Coast skydiving school, lost power. The pilot was forced to make an emergency landing between the eastbound and westbound lanes of Route 72 near a Home Depot store.

Officers at the scene closed the left lanes on Route 72 in both directions for approximately 90 minutes while the scene remained under investigation.

One skydive instructor was treated for a small cut on his arm. No other injuries were reported. 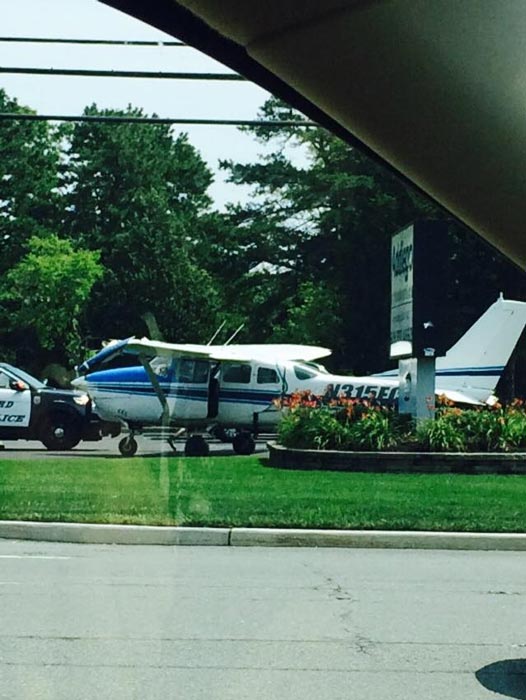