'He is a person:' Florida police officer praised for kind gesture to homeless man 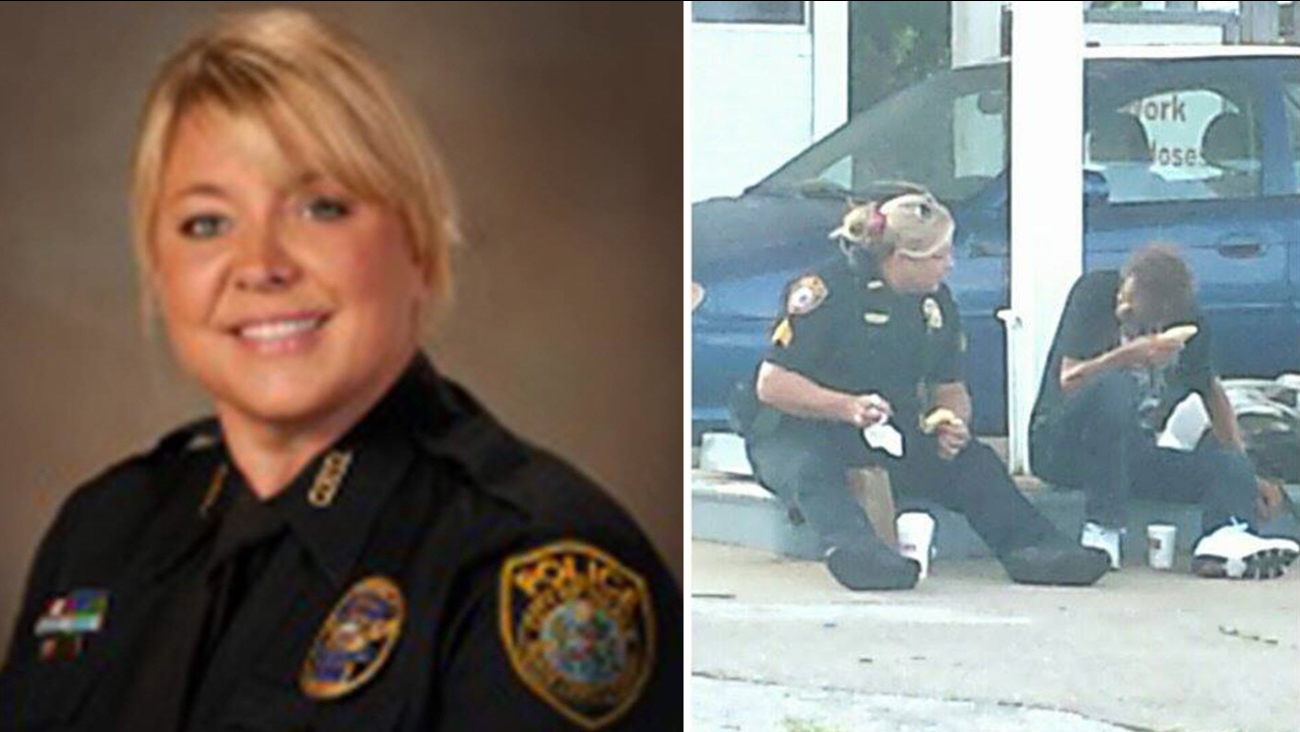 A Florida police officer is being praised for her kind gesture of sharing a meal with a homeless man.

Earlier this month, TiAnna Greene captured images of what appeared to be a police officer sharing a meal with a homeless man in Ocala, Fla. Greene then shared the images to Facebook, singing her praises for the officer for and her kind actions.

The officer in the photo was later confirmed by the Ocala Police Department to be Sgt. Erica Hay. She discussed what inspired her to share a meal with the homeless man with the Ocala Post.

"I was heading to Dunkin' Donuts to get breakfast when I saw this man sitting by himself, so, I decided to buy him breakfast," Hay said. "I then went over, sat down, and ate breakfast with him."

Since posting on July 16, Greene's image of Hay has been shared over 4,000 times combined on her and the police department's Facebook pages. Many social media users shared their stories and positive messages of the officer and her heart of gold.

"I've known Her over 10 years [and] she's still the same kind hearted person she was when she was just a officer," wrote one Facebook commenter.

"She was a jewel even when she was with [the Marion County Sheriff's Office.] She has the sweetest personality," wrote another.

Hay said that she had never met the man until that day but that he enjoyed the breakfast and the conversation.

"He turned out to be a very nice man who just has a sad story," Hay told the Ocala Post. "He is a person."
Related topics:
societydistractionbuzzworthyhomelessfacebooksocial mediaphotosgood newspolice
Copyright © 2021 WABC-TV. All Rights Reserved.
DISTRACTION