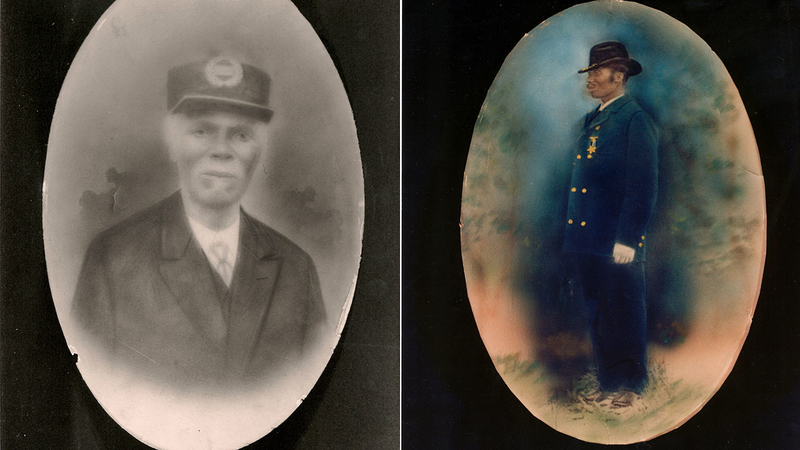 GREENLAWN, Long Island (WABC) -- Samuel Ballton, who was born into slavery and died as Greenlawn's "Pickle King," was honored ahead of Juneteenth Wednesday.

"We need to celebrate these figures in our not just American history, our Black history, our Huntington history and come together like this to cheer them on," Huntington Town Councilwoman Joan Cergol said.

In March of 2020, the Town Board renamed a portion of Boulevard Avenue in Greenlawn to honor the contributions made by Ballton to the development of the hamlet in the late nineteenth century.

In honor of Juneteenth, we're telling stories of what Black freedom means today, from a 94-year-old's quest for a national holiday to the fight for reparations to cultural celebrations. Watch "Our America: Black Freedom."

Ballton was born into slavery in Virginia in 1838 and escaped from slavery at the beginning of the Civil War, later returning to rescue his wife.

He served in the Union Army until the conclusion of the war, and the family lived in Alexandria, Virginia, before coming north to settle in Greenlawn in 1873.

When he first arrived in Huntington, Ballton worked as a tenant farmer for Alexander Gardiner and other wealthy farmers.

He saved money, and with Gardiner's help, he purchased land of his own and became a successful farmer.

Huntington Town Clerk Andrew Raia explained that Ballton became known as the Pickle King of Greenlawn because he figured out how to get cucumbers to one of the largest farmer's market in Queens.

"Thin-skinned vegetables could not survive the two to three day carriage ride in the hot sun," Raia said. "So Sam and others came up with the idea of pickling their produce."

In one year along, he grew over a million and a half cucumbers for pickling.

Raia said when a blight began destroying the cucumber crops, Ballton figured out which variety of cucumber was resistant to the blight and trained other farmers how to grow that variety.

With the proceeds from his farming and money borrowed from wealthy landowners, Ballton purchased and subdivided land in Greenlawn to build houses in the growing community.

He was active in civic affairs and raised a large family in Greenlawn, and many of his descendants continue to call the Town of Huntington home.

Ballton died in 1917 and is buried at the Huntington Rural Cemetery.

Ballton's descendants came from Atlanta and Los Angeles for the ceremony on Wednesday.

"We also have Balltons in New Jersey, Colorado, Washington and North Dakota who also send their appreciation for your efforts," said Carl Ballton, Samuel Ballton's great-great-grandson.

"As a small business owner myself in Los Angeles, it's just inspiring," she said. "I can't wait to carry on the legacy of Samuel Ballton. I'm so proud to be a Ballton."

In May 2021, the Huntington Town Board established Juneteenth as an official observed Town holiday to celebrate the fulfillment of President Abraham Lincoln's order to end slavery with the Emancipation Proclamation.