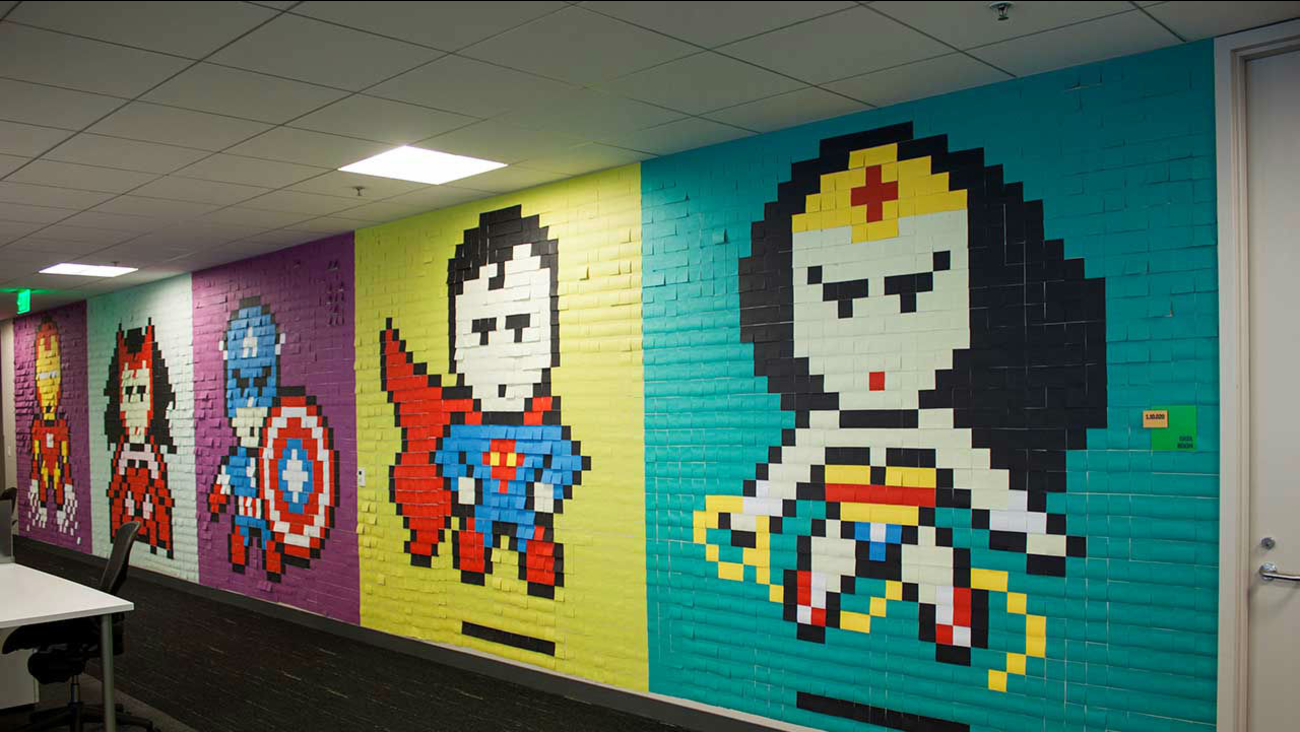 SAN FRANCISCO -- When a designer in San Francisco got bored with his sterile office space, he came up with a novel way to decorate the drab walls. Check it out. 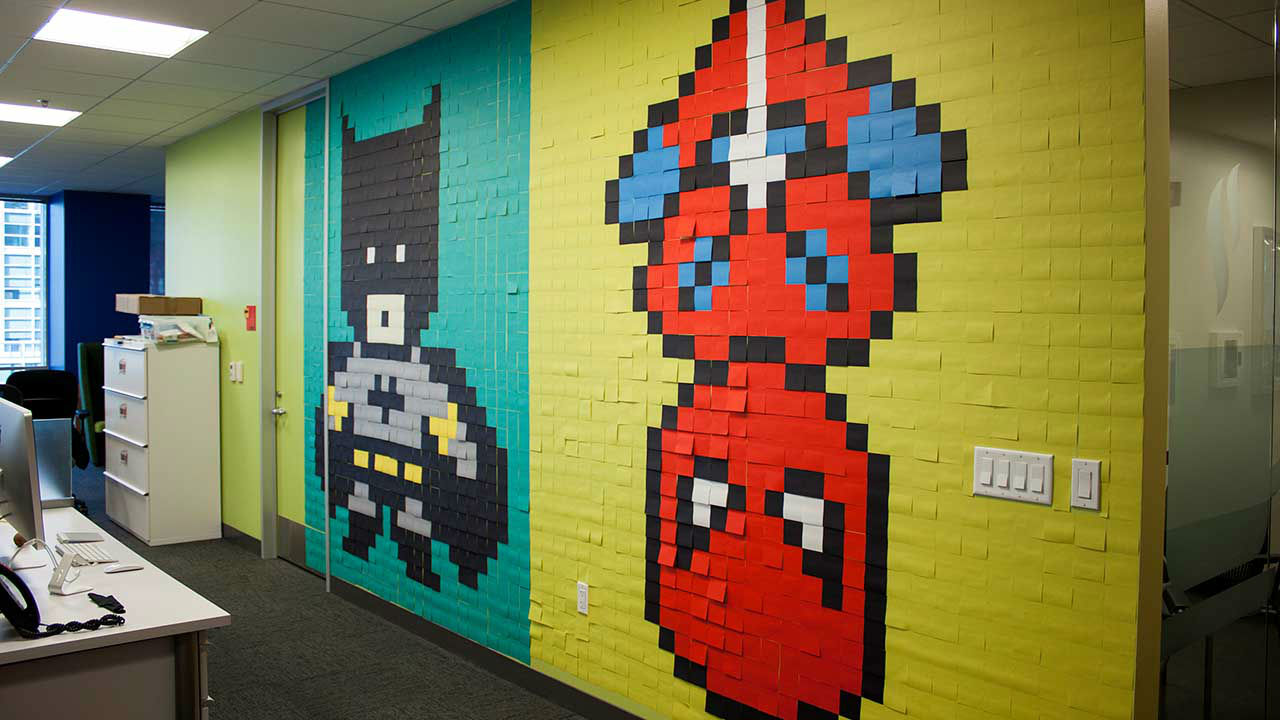 With the help of his co-workers and the OK from his boss, 31-year-old Ben Brucker transformed the walls into a pixelated superhero-themed mural with Post-it notes.

Brucker wanted something colorful and playful, so he designed cartoonish takes on popular superheroes like Captain America, Superman, and Wonder Woman. Although he has plenty of experience with digital illustration and design, this was his first attempt at pixel art and working with Post-its.

"I wanted us to feel like the space was truly ours, and for us to enjoy it," Brucker told ABC via email. "It's nice to have some of our personality and creativity reflected in the space."

Brucker posted images of the murals to Reddit, along with details on how the project came about. The images have been a viral hit, with hundreds of thousands of views in just a few days.

Brucker is a senior designer for a creative agency called The Shop, specializing in commerce design. He says the response has been overwhelmingly positive, both from co-workers and other people that work in the building.