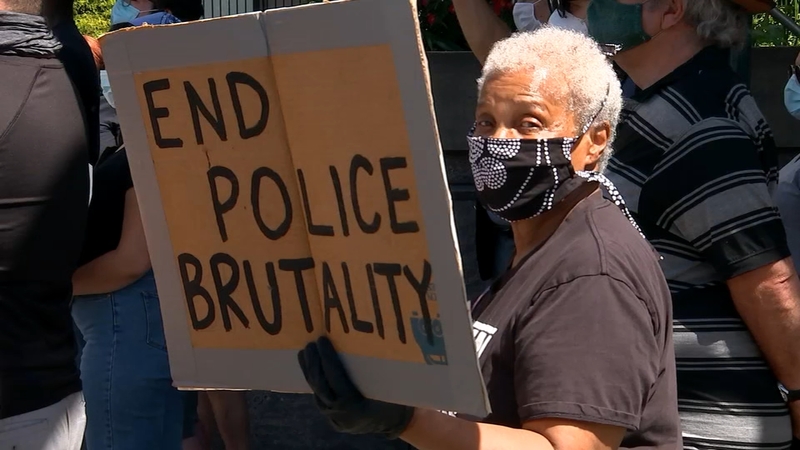 The People's Organization for Progress is hosting the event at the Federal Building on Broad Street, the organization's second protest in response to the police killing in Minneapolis.

The first, held last week, included 12,000 people peacefully condemning the Floyd killing without incident. Even those who are veterans of past social movements say something is very different about this call for change.

Not only is it very multi-cultural, but it appears that more Americans are tired of seeing images of black victims of police brutality.

In Newark, they are also demanding that New Jersey Attorney General Gurbir Grewal reopen the case of Earl Faison, who was killed by Orange police officers in April 1999, and that the state Supreme Court uphold the recent New Jersey Court of Appeals decision that reinstated the authority of Newark's new Civilian Complaint Review Board.

Civilian Review Boards as they are currently constructed only have advisory capacity on policy and discipline and have no real authority to hold police officers accountable.

The protesters called for Newark's Civilian Complaint Review Board to have full subpoena power and the capacity to hold independent investigations.

Additional protests were being held around New Jersey, including in Ridgefield Park, where demonstrators shut down Main Street and stopped in front of the police station.

There, they knelt and chanted "No justice, no peace," along with the names of George Floyd and Breonna Taylor.

Protests are spreading through communities both big and small. Downtown Ridgefield Park protests brings out hundreds of vocal protesters calling for justice in wake of murder of #GeorgeFloyd, pic.twitter.com/e4lckN32ug

The state has seen its share of protests over the past two weeks, but only a couple of places, namely Asbury Park and Atlantic City, have seen stealing and looting.

RELATED STORIES:
More coverage of protests and looting in NYC