For the first time in history, the park's animal care team is raising a Siberian tiger cub named Nadya and an African lion cub named Zuri as "sisters," despite being species that would typically never cross paths in the wild. 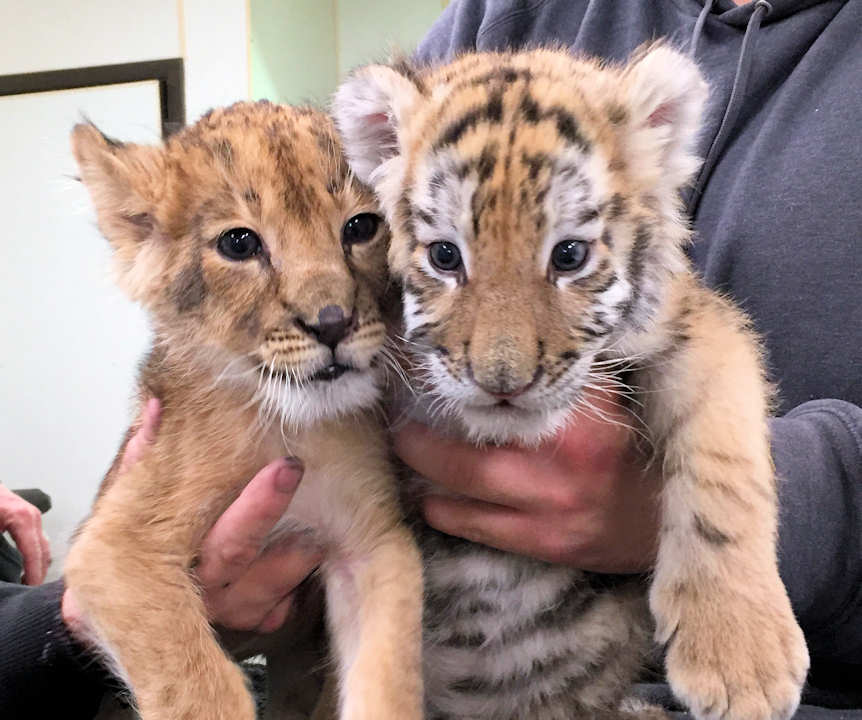 Nadya was the first tiger birth at the safari in 13 years. Siberian tigers are endangered and rank as the largest cats in the world.

"These first-time mothers were unable to care for their newborns, so our team stepped in, feeding them up to six times a day and caring for them around the clock," Dr. Keiffer said. "To help their socialization skills, we brought these two cubs together and formed one litter."

The two fuzzy cubs weighed approximately 3 pounds each at birth, but now tip the scales at 150 pounds each. Nadya is expected to reach a weight of 400 pounds. African lions are the second largest cats in the world, protected by the endangered species act, and females like Zuri are expected to reach 280 pounds.

The cats continue to play, eat and snuggle together. During their birthday celebration, they took turns devouring their custom meat cakes and exploring the presents safari caretakers wrapped with pink paper. 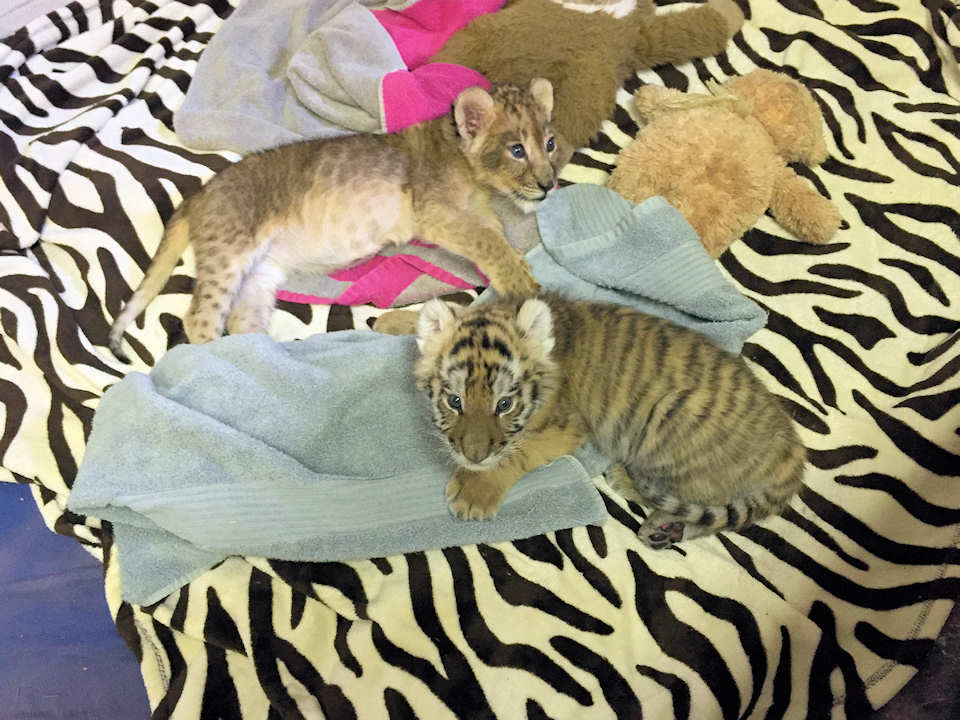 Although the safari staff no longer physically interacts with the cats due to their strength and natural predatory behaviors, the bond between them is still evident. Throughout the party, the cats spent much time near the fence where their caretakers were singing and cheering, and the cubs exchanged comforting "chuffs" as communication with their team of surrogate mothers.