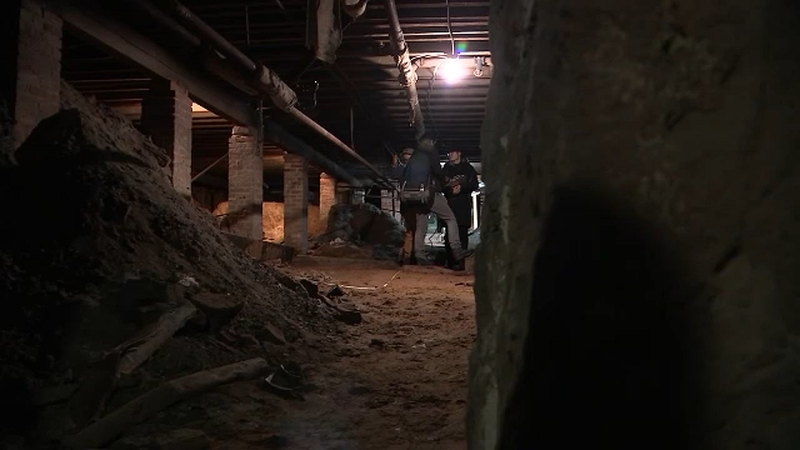 BELLEVILLE, New Jersey (WABC) -- Using sophisticated geophysical mapping equipment, a team of Rutgers researchers is attempting to unearth a mystery nearly 150 years old. They are trying to locate the remains of Chinese immigrants in the basement of a historic church.

They are working carefully, preserving the history of the site.

Those Chinese immigrants believe to be buried at the location worked on the Trans-Continental Railroad, but returned to Belleville because of its growing Chinese community.

The equipment will shed light on possible bone fragments or something they were wearing.

"If there are burials where they have any significant metallic objects, it really increases the chance of seeing the grave," said Professor Slater.

While one team is focused on the bowels of the church, another is working in the old graveyard out back. Belleville Mayor Michael Melham dropped by to share some insight on the importance of the site.

Some 68 Revolutionary War veterans are also buried in the graveyard, and a number of the burial sites were unmarked. The team is trying to find those remains.

"We just want to honor those that were here before and make sure they are cared for properly and the remains," added Melham.

The mayor says the church was also a stop on the Underground Railroad, which helped escaping slaves, and adds he would not be surprised if George Washington himself stood on the property.