Lillo Brancato speaks out after release from prison 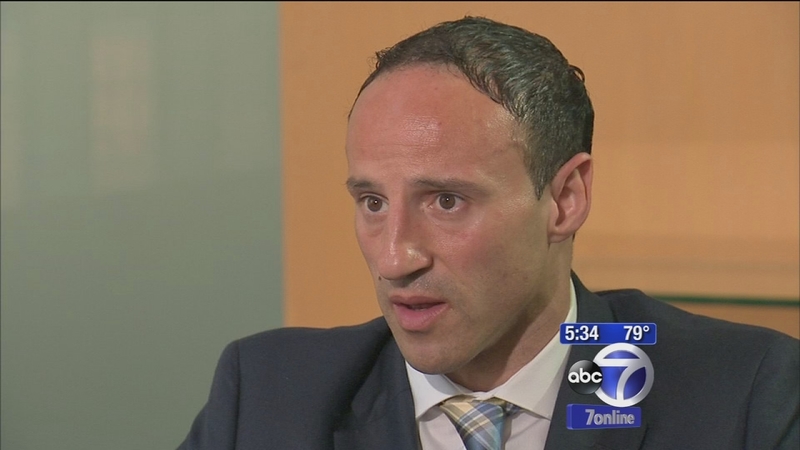 "That is the number one priority in my life right now is staying sober. Because without that, I really have nothing," he said.

After serving 8 years in prison, the 37-year old Brancato talks about a troubled past and a difficult road ahead.

"Now that we have reached a moment of clarity, it's time to go back and make amends to those people," he adds.

His big break came with a major role in the 1993 film "A Bronx Tale", that was later followed with five episodes on the HBO hit series "The Soprano's".

But drug and alcohol fueled mistakes, he says, led to an attempted break-in and confrontation with an NYPD officer.

Brancato adds, "On December 10, 2005 I wasn't the best person. And I made horrible decisions. And my drug addiction and my bad decision making definately contributed to the death of that heroic police officer, and I take full responsibility for that."

His lowest point, he reveals, came while in custody.

"I overdosed in my cell on heroin and morphine," he said and it nearly killed him.

Brancato: "This is enough. I can't do this anymore. And for whatever reason that was November 18th, 2006 was that time.

Tim Fleischer: "Is that where you hit bottom?"

Brancato: "A lot of police officers will see this and say I just don't believe him or why should we give him a second chance?"

Fleischer: "How do you respond to them?"

Brancato: "If they saw the person I am today and the better decisions that I'm making today and that I'm clean and sober, maybe they will perceive me in a different way."

He is also continuing to act, shooting an independent film "Monsters of Mulberry St."" with his friend. Interestingly he's chosen to play the part of a priest, Father Paladino.

A stabilizing force in his life, he says, is his girlfriend Christina Chen. They hope marry in about a year. In the meantime he's sharing with younger students the dangers of his previous actions.

"That it turn would be intrinsically motivating to me, to help me stay on the right path," said Brancato.

Fleischer: "It's one thing to say it, but you have to do it."

Brancato: "Right, I plan on it"

On parole through 2018 his new path is long and still uncertain.