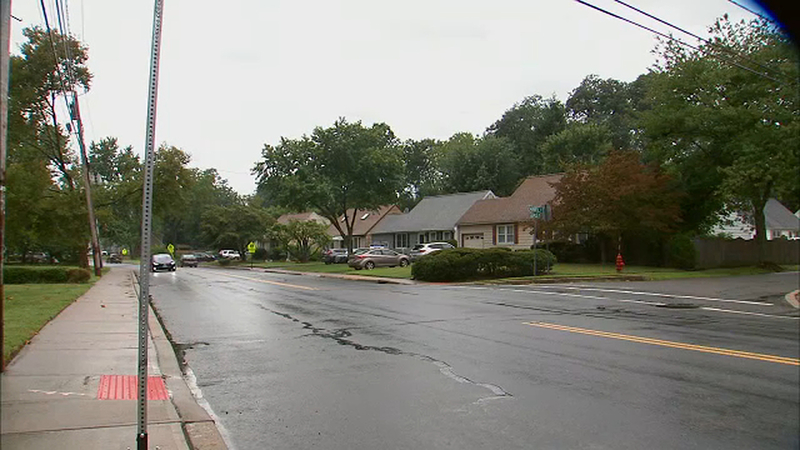 The incident involved a resident who makes firework-like devices. A half dozen of the devices were found on his property near a wooded area, which is in proximity to the parade route, authorities said.

The resident, 55-year-old Thomas Kaiser, was arrested and charged with possession of a destructive device for an unlawful purpose.

The discovery of the devices was made during a separate investigation that was unrelated to the parade.

It began Sunday in Monmouth County when Kaiser tried to bring a cooler filled what now appears to have been homemade fireworks into Donovan's Reef, a bar in Sea Bright, authorities said.

Neighbors were shocked to see their street suddenly flooded with police.

"It's nerve racking," one neighbor told Eyewitness News. "Right across the street, you know?"

"There was just flashlights everywhere surrounding the house," said another.

A half dozen small firework-like devices were found around Kaiser's home near a wooded area.

The same area happens to be close to the starting point of the borough's annual Labor Day parade.

Authorities said no threats were made to the parade. Investigators searched the route and found nothing.

But the annual festivities were canceled out of an abundance of caution.

New Jersey Governor Phil Murphy and First Lady Tammy Murphy were scheduled to march in what would have been the town's 62nd annual parade.

Kaiser was arrested and charged with possession of a destructive device.

A man who said he was Kaiser's brother called the entire incident a misunderstanding.

"He was caught with fireworks," he said. "There was no bombs, nothing set in the streets, nowhere. They came, they searched the house with bomb explosive dogs, found nothing in the house. Found nothing anywhere near the vicinity. Ok?"

While officials stressed there is no threat to public safety, homemade fireworks are illegal in New Jersey.