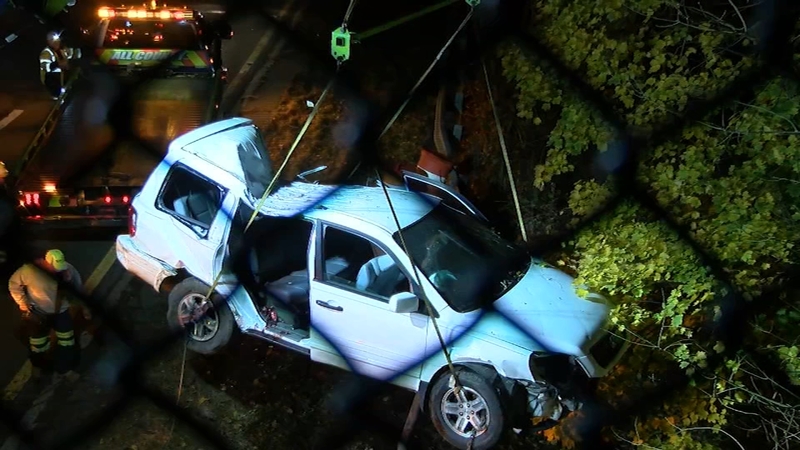 ROOSEVELT, Nassau County (WABC) -- Two people were killed and four others injured in a crash in Nassau County on Thanksgiving night.

It happened on the westbound Southern State Parkway near exit 21 in Roosevelt at about 8:30 p.m. Thursday,

Patricia Ramkissoon, 23, of Bay Shore and Elliott Bryant 23, of Brooklyn were pronounced dead at the scene

Four others were taken to area hospitals, two in serious condition.

The collision remains under investigation, and the State Police are asking for anyone with any information to call (631) 756-3300.

It happened at 12:21 a.m. Thursday as people were leaving a house party on Lincoln Avenue and Hewes Street in Brentwood.