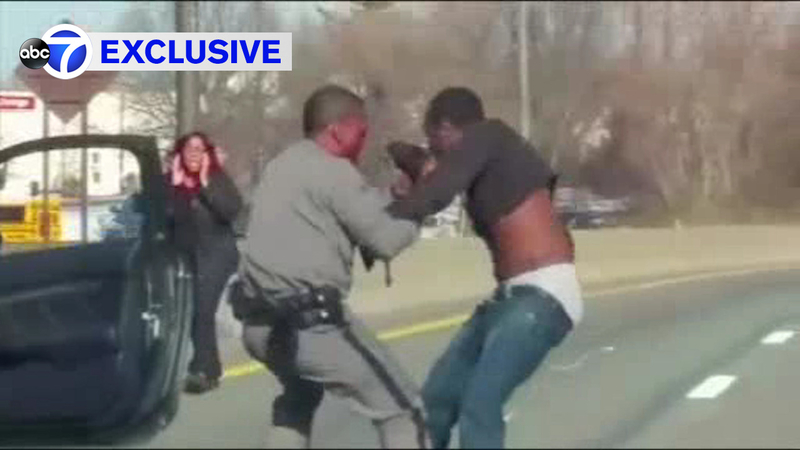 HEMPSTEAD, Long Island (WABC) -- A state trooper attempting to make a traffic stop was dragged and injured by a driver on Long Island Wednesday afternoon, and cellphone video shows some of the dramatic moments unfolding.

It happened on the westbound Southern State Parkway in Hempstead around 3 p.m.

The state trooper pulled over a vehicle near Exit 19S - Peninsula Boulevard. There was a struggle and when the trooper tried to arrest the driver, police say he took off with the trooper hanging from the window.

The Honda Accord coup then crashed into the center median.

Watch the raw, exclusive video showing a state trooper struggling with a driver on Long Island.

When the car finally came to a stop, the two men tumbled out of the gray Honda Accord, the trooper's face bloodied from the sudden assault, but still grappling with the driver. It was sudden and violent.

"He floored this car, you know the cruiser was right behind the suspect's car, and he literally just floored it with the cop hanging out, you literally see the cop's legs hanging out outside the vehicle," a witness said.

The commuter who shot the video didn't want to be identified, but by the time he started taking pictures, a woman was scrambling to get out of the car, and then the two men clearly struggled with each other, before the trooper finally got the upper hand and pulled the man to the median.

Two other motorists got out to help hold the suspect down as the trooper bent over to catch his breath.

In time, police and other troopers showed up.

"It was like a movie. It was right in front of your face and you don't even believe it's happening," the witness said.

The trooper is being treated at a local hospital for head injuries. 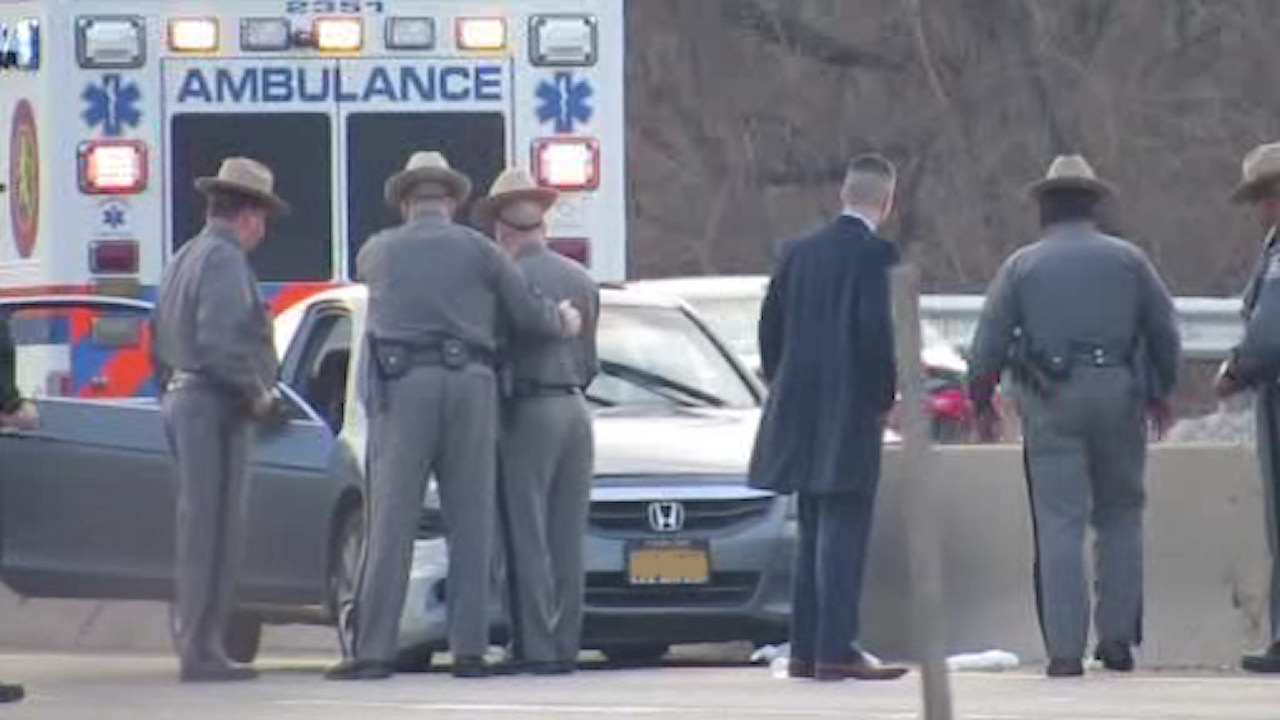 He's set to be arraigned on Thursday.