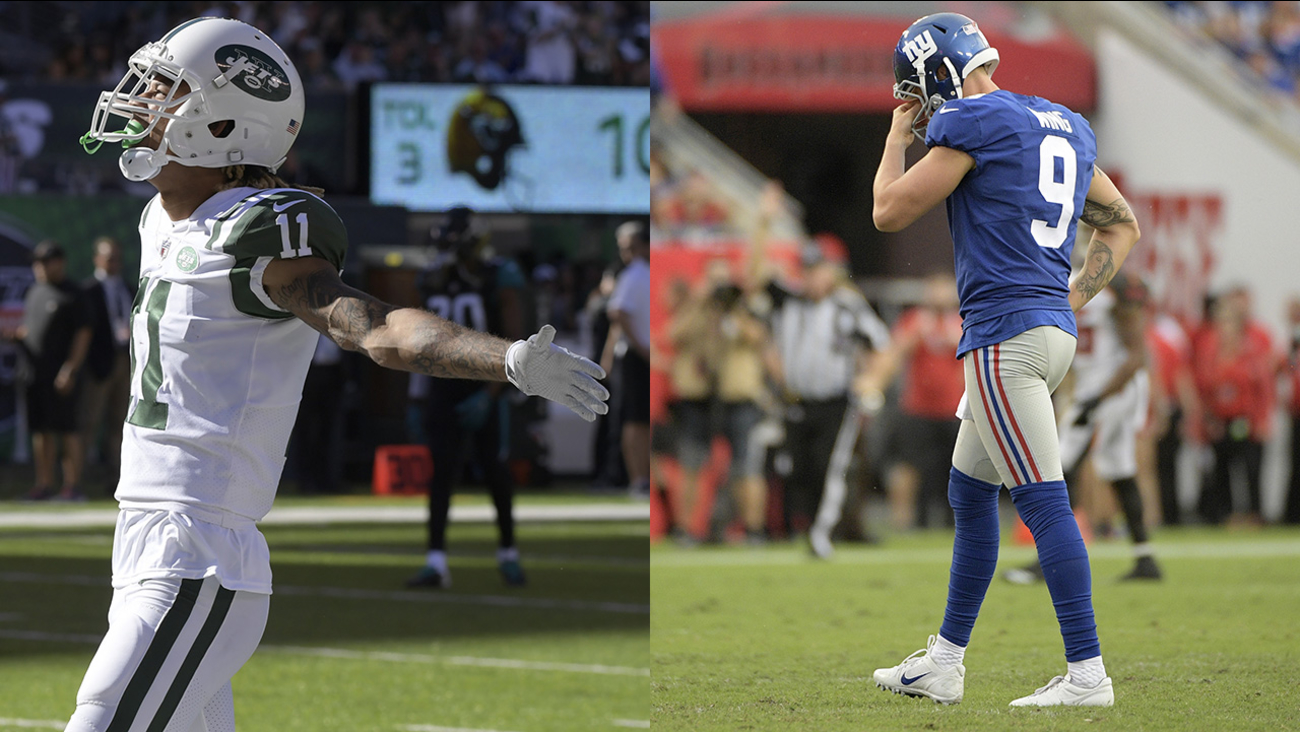 This is a team that needs to rely on a defense to close games out, but the Big Blue D has been underachieving. On a positive note, Eli Manning and the passing game seem to be getting their act together. Now, it's time for the entire team to put it all together and get a win.
Report a correction or typo
Related topics:
sportsnflfootballnew york jetssportsnew york giants
Copyright © 2022 WABC-TV. All Rights Reserved.
TOP STORIES
19 kids, 2 teachers killed in TX school shooting; gunman's mom speaks
Uvalde victims latest: Slain teacher's husband dies of heart attack
Onlookers urged police to charge into TX school: 'Go in there!'
'Goodfellas' and 'Field of Dreams' actor Ray Liotta dies at 67
AccuWeather Alert: Heavy thunderstorms to kick off holiday weekend
Car drove off Bronx parkway and into house killing 1, injuring another
NYC offices could be half-filled by September, business group says
Show More
Uvalde man says his daughter was killed trying to call 911 on shooter
Massive retail theft operation busted, over $3.8M in goods recovered
NYC park benches to display social action murals painted by students
Cancerous basketball-sized tumor removed from NY man's liver
NJ softball team reaches fundraising goal for Puerto Rico tournament
More TOP STORIES News