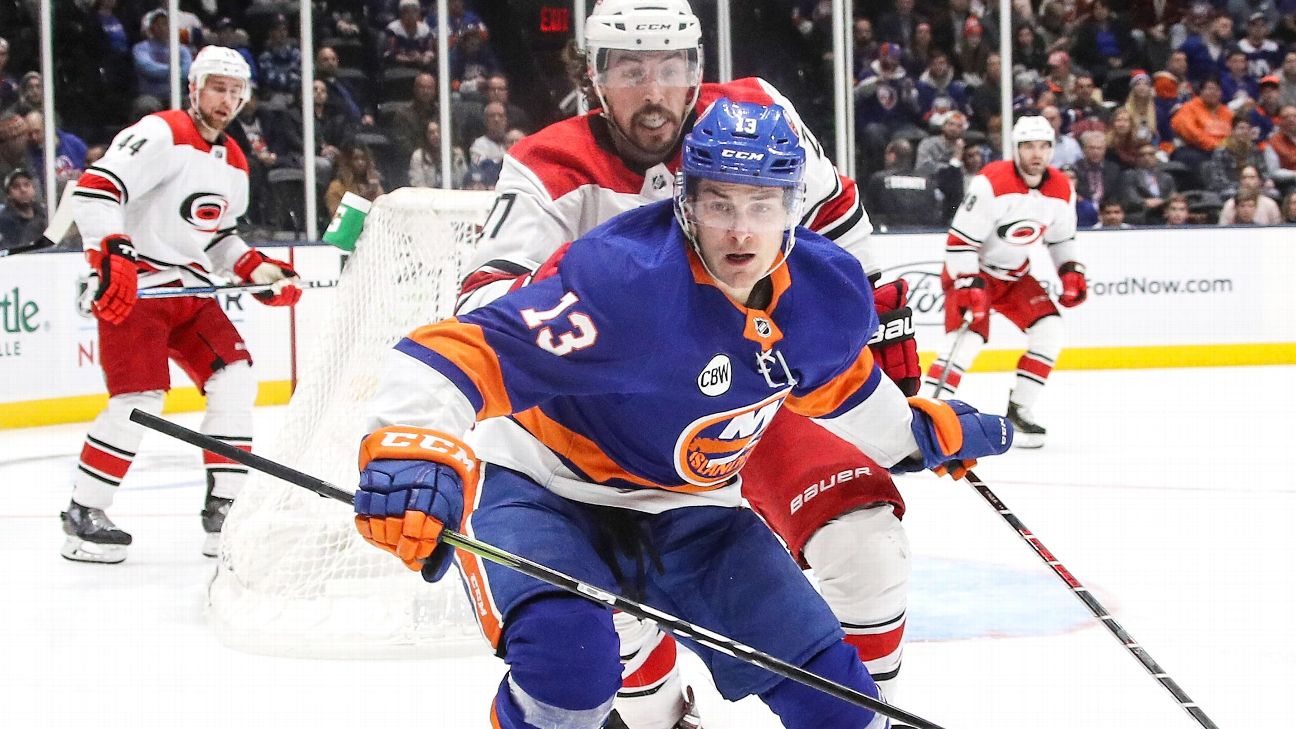 When the upstart New York Islanders dispatched the Sidney Crosby-led Pittsburgh Penguins in a first-round sweep, we figured we'd be in for an interesting playoffs. Little did we know what was in store.

The wacky first round concluded with the Carolina Hurricanes -- aka "Bunch of Jerks," aka the team that hasn't made the playoffs in a decade -- knocking out the defending champs in a stunning double-overtime win, on the Washington Capitals' ice.

That pits the Islanders and Hurricanes against each other in the second round. Neither team was expected to do much in the regular season, let alone win a playoff series. But at this point, both teams aren't just happy to be here -- they have a legitimate shot at making the Stanley Cup Final, as improbable as it sounds.

You'll notice that both teams have benefited from surprise goaltending (the Islanders a bit more than the Canes) and solid defense. The star power here is youngsters trying to make their mark on a larger stage. For the Isles, it's Mathew Barzal.For the Canes, it's Sebastian Aho.Both players are just 21.

We're not expecting much in the way of offensive fireworks in this series; nonetheless, it should be a fun one.

First line: The Islanders' top first line, centered by Barzal, is talented, but underproduced during the regular season, with no player topping 62 points. They showed up against the Penguins, though -- especially Jordan Eberle (four goals, two assists). The Canes rely on a pair of Finns, Teuvo Teravainen and Aho, who had timely goals in Game 7, but didn't exactly light it up in Round 1 overall (nine combined points in the series). Advantage: Even.

Depth: New York's best asset is that it has no "No. 1 stars," just a bunch of role players who function well; look no further than the "identity line." Second liners Josh Bailey and Brock Nelson accounted for six of New York's 14 goals versus the Pens. Meanwhile, the Canes' depth was tested without top-six forwards Andrei Svechnikov and Micheal Ferland for most of the first-round series against Washington; plenty of players stepped up offensively, including Warren Foegele (four goals), Jordan Staal (three) and Brock McGinn, who had the double-OT series-clinching winner. Advantage: Even.

Defense: The Islanders' defense has been terrific ever since Barry Trotz took over, allowing the fewest goals in the league this season. They limited the Penguins to just six goals in four games. Veteran Johnny Boychuk will miss the entire series, though Thomas Hickey -- limited to just 40 games this season -- is a fine replacement. The Canes have a handful of talented young defensemen, many of whom contribute on the offensive end. Advantage: Even.

Goaltending: In the regular season, the Islanders relied on a platoon (and a very good one, at that) but it has been all Robin Lehner in the playoffs. The Vezina Trophy finalist shut down the Penguins, allowing six goals total in four games. The Canes also used two goalies in the regular season, but turned to Petr Mrazek in the playoffs. He got lit up in a few games against the Caps, but also came through when it mattered. Advantage: Islanders.

Health: The Islanders will be without Boychuk (leg) for this series. Versatile winger Cal Clutterbuck (lower-body injury in Game 4), part of the important "identity line," should return to the lineup, thanks to a long break. Svechnikov has not returned since entering concussion protocol after his fight with Alex Ovechkin. He should return at some point in this series. Ferland will probably remain sidelined for a while longer. Advantage: Islanders.

Special teams: Both teams had to face scary good power-play teams in the first round. The Islanders' penalty kill was excellent against the Penguins, allowing just one goal in 11 times shorthanded (90.9 percent). Their own power play wasn't great (15.4 percent). The Canes' power play was even worse (12.0 percent), while their penalty kill was decent (75.0 percent). Advantage: Islanders.

Coaching: What more is there to say about Barry Trotz at this point? He whipped this team into a defensive juggernaut in no time, and, of course, we can't say he hasn't won on this stage before. Rod Brind'Amour, not far removed from his playing career, has proved to be a master motivator in the locker room. He's not as polished yet and can let his emotions bleed. Advantage: Islanders.