2020 NFL free agency: Five value signings that could be steals 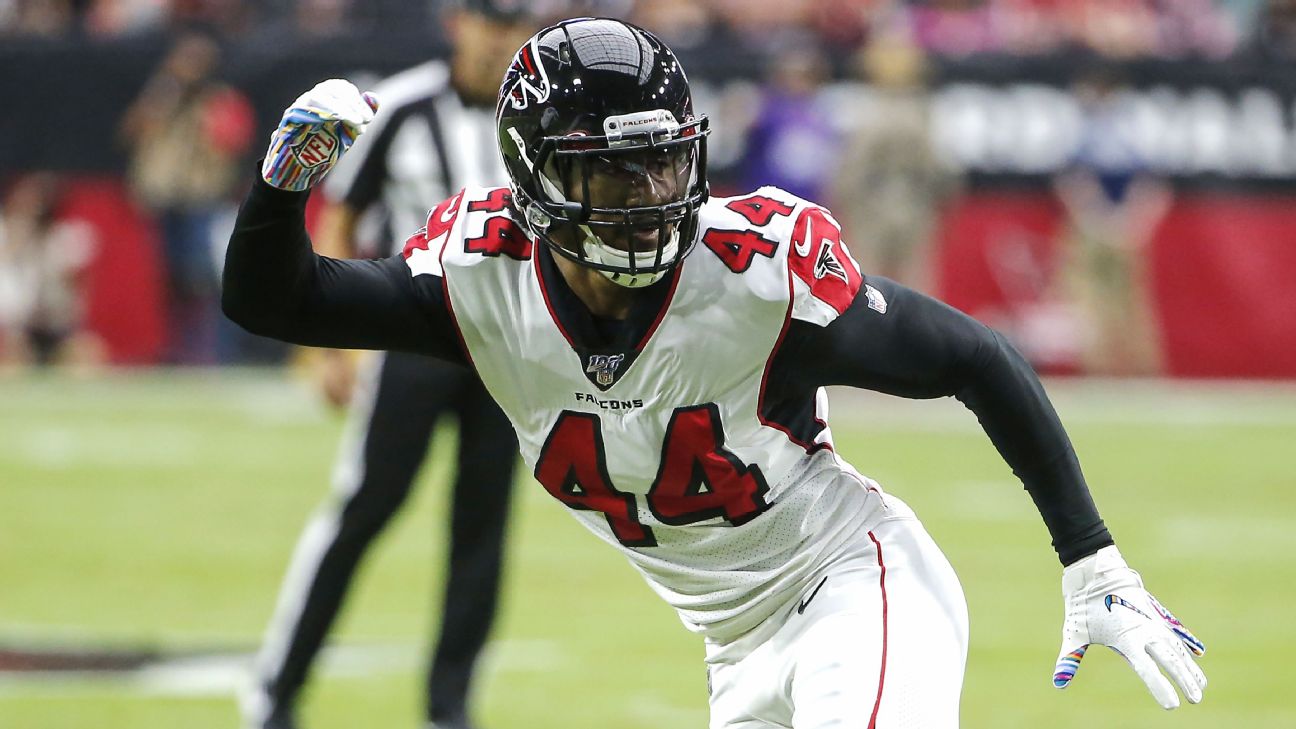 There are deals to be found in NFL free agency's bargain bin. It's just a matter of finding them.

That's what the Tampa Bay Buccaneers did with Shaquil Barrett last year. They paid a discount price -- one year, $4 million -- for a part-time player who flourished in a new system and larger role, leading the NFL in sacks in 2019 with 19.5.

Who is this season's Barrett? That's where the data comes in. We're using the quantitative tools at our disposal -- many of them powered by NFL Next Gen Stats data -- to try to figure out which of the many small- and medium-money contracts doled out by teams this offseason will look like a steal a year from now. Value today leads to wins in the fall.

Here are five players the numbers love at their relative cost.

Why the numbers say this is a value deal: There's a pretty decent chance that the Falcons' secondary was the real culprit behind Beasley's low sack totals over the past couple of seasons. He had eight last season, and five in each of the previous two, after recording 15.5 in 2016.

To me, this says a one-year, high-upside $9.5 million risk on Beasley is absolutely worth it. While the situations aren't exactly the same -- Beasley is a former first-round pick with a 15.5-sack season under his belt and is being paid more -- if anyone is most likely to pull off a Barrett-style breakout on a one-year deal this season, it's Beasley.

The deal: One year, $6 million

Why the numbers say this is a value deal: Though Chris Jones was far and away the defensive tackle prize of the offseason, from a pass-rushing perspective our metrics indicate that Collins was the next-best bet. The former Cowboy ranked fourth in pass rush win rate among defensive tackles last season. But what makes that particularly impressive is that he did so on a Dallas defense that didn't blitz a ton, so he was double-teamed at an above-average rate compared to his defensive tackle peers.

This plot hammers home the point: Collins was at roughly the same PRWR level as Arik Armstead and Quinton Jefferson but was doubled more than either of them.

Of course, pass rushing is only a part of the equation for a defensive tackle, but at one year and $6 million, Collins is an easily identifiable bargain even looking at just pass-rush ability. And the cherry on top is that Collins is reuniting with Rod Marinelli in Las Vegas after playing so well under the former Cowboys defensive coordinator last season.

The deal: One year, $5 million

Why the numbers say this is a value deal: Based on NFL Next Gen Stats' completion probability, Poole allowed minus-98 air yards over expectation (CAYOE) last season, which trailed only Stephon Gilmore and J.C. Jackson for best among cornerbacks -- and it was the best overall among slot corners.

Watching his targets defended, there were times when he got lucky and earned credit on plays that he deserved to lose on. Specifically, there were at least three occasions against New England when he was beaten by Julian Edelman but the veteran wide receiver either dropped the ball or Tom Brady's pass was off target.

Even with that, Poole's strong CAYOE number seems like a good sign. But that's also all it is -- a good sign and nothing definitive. We're still in the nascent stage of being able to quantify defensive backs with player-tracking data. CAYOE is quantifying only part of a corner's performance. For example, not attracting a target can also be a positive sign for a corner. And early indicators are that metrics like these for corners are, at best, weakly correlated with future performance in the same statistic (and we're not the first to determine this). On the other hand, we're also working with a limited sample of data, going back to just 2017.

Still, there are other circumstantial pieces of evidence that suggest Poole's 2019 season could have been a real breakout. His Pro Football Focus grade, a qualitative measurement, concurred that he had a strong 2019. And his CAYOE has improved every year from 2017 to 2019. He was in the fourth season of his career, and it was his first on a new team.

We might not know exactly how predictive past cornerback performance is for the future, but taking a very cheap bet on a player who played well in the same defense last season seems like a wise move.

Why the numbers say this is a value deal: This is more money and a higher-profile deal than the rest on this list. But locking up a high-end tackle for three years and $30 million is a bargain (and Los Angeles can get out of the deal at two years and $19 million, too).

Bulaga ranked 11th in pass block win rate (PBWR) last season but was fourth in 2018. In both of those seasons, he received a below-average amount of double-team help. The downside is age (31) and an injury history, but the upside is he's an absolute proven commodity at right tackle.

Bulaga's average of $10 million per season is tied for just 21st among tackles (despite an ever-rising salary cap), per OverTheCap.com. So all things considered, this is a nice deal for the Chargers.

Why the numbers say this is a value deal: The Jets strike again with another bargain re-signing. Perhaps PBWR's most contrarian take was that the Jets' offensive line was not particularly bad last season. No one is denying that Sam Darnold was under fire, as his 35% pressure rate was third-highest among qualifying quarterbacks.

But Darnold also held the ball for a long time (2.91 seconds, the fifth-highest rate in the league). And that's how we end up with a disparity between Darnold's under-pressure rate and the Jets' No. 16-ranked pass block win rate, which is based on blocking performance in only the first 2.5 seconds. In other words: Darnold or the Jets' offensive scheme is mostly to blame for the high pressure rate.

So back to Lewis, who was part of the more-solid left side of the Jets' line. He ranked 12th in PBWR among guards and second among guards in the last year of their contract, behind only New England's Joe Thuney (who was assigned the franchise tag by the Patriots). It was an improvement from the season prior, but he was still pretty solid in 2018, too. With Baltimore that season, he was a roughly average pass-blocker.

All the Jets are paying is $6 million to find out if Lewis really broke out in 2019. If it wasn't a true breakout, that's all they'll have paid him on this contract. But if it was, they effectively have two club options for roughly $6 million more per year to reap the rewards.

Paul Sabin contributed to this story. 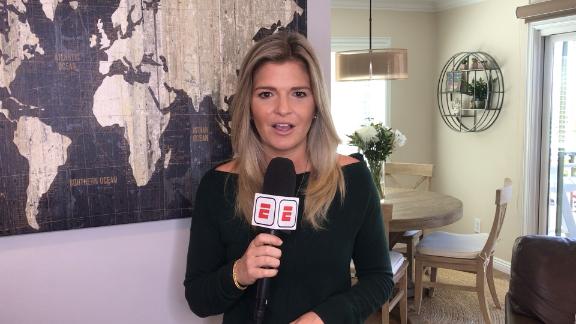