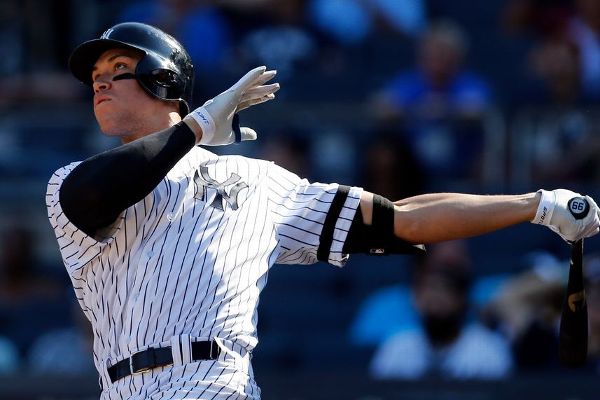 NEW YORK -- Yankees slugger Aaron Judge and the World Series champion Houston Astros are the big winners in awards voting by the New York chapter of the Baseball Writers' Association of America.

Judge was selected New York player of the year Wednesday and also will receive the Joe DiMaggio Toast of the Town award at the chapter's annual dinner on Jan. 28 in Manhattan.

The Willie, Mickey & The Duke award will go to the 1998 Yankees on the 20th anniversary of their dominant championship season. That team -- led by Derek Jeter, Mariano Rivera, Bernie Williams and others -- compiled an incredible 125-50 record, including postseason games.

The Casey Stengel You Could Look It Up award went to former New York Mets first baseman John Olerud, who batted .354 in 1998. That remains the highest single-season mark in franchise history.