Adam Silver: 'Nothing more important' than safety of NBA's players 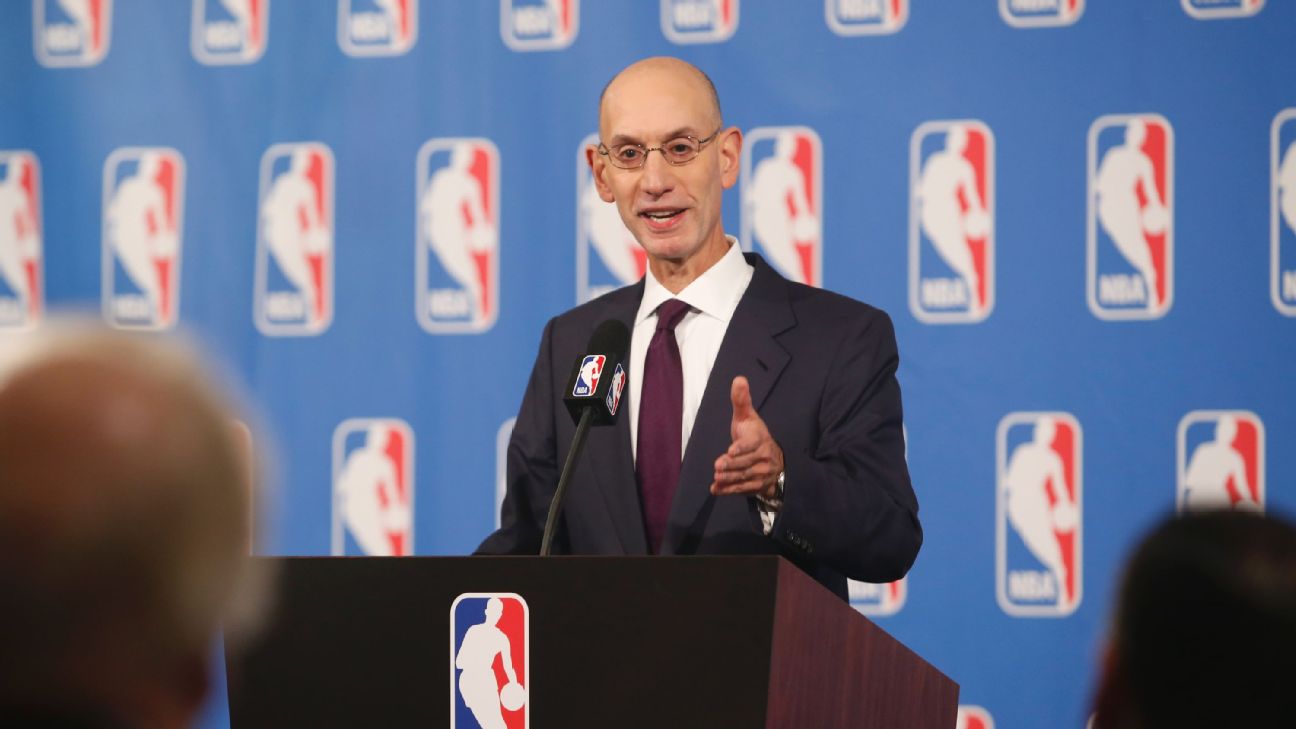 LONDON -- Enes Kanter's absence from the New York Knicks' trip to the United Kingdom amid claims he fears assassination by the authorities in his native Turkey is "very unfortunate," NBA commissioner Adam Silver said Thursday.

The 26-year-old center missed Thursday's regular-season game against the Washington Wizards at London's O2 Arena, insisting he is "trapped" in the United States due to his vocal criticism of Turkish President Recep Tayyip Erdogan.

Earlier this week, prosecutors from Turkey, which canceled Kanter's passport in 2017 due to his public backing of Erdogan's political foe Fethullah Gulen, issued an international warrant for Kanter's arrest.

Kanter told ESPN that senators he has spoken to in Washington said he doesn't have to worry about being extradited to Turkey.

"They said don't worry about it. There's no way they can extradite me back in Turkey because you didn't do anything wrong here," he said.

Kanter told ESPN that he has been getting "hundreds" of death threats on social media.

"You never know. I'm not saying they could do an operation here. But there could be one crazy supporter that can do anything. That's why everywhere I go, I have someone with me. Even grocery shopping," he said.

Silver said the NBA remains supportive of Kanter's decision to remain in the United States rather than travel to Europe.

"I understand his reasoning why he elected not to come," Silver said. "Certainly there was never a suggestion from the league that he was not welcome to come on this trip. But we live in a world where these are issues that he is dealing with. And I recognize that for the NBA, because we're a global business, we have to pay attention to these issues as well.

"There is nothing more important to me as the commissioner of the league than the security and safety of our players. We take seriously the threats that he's received, even if it's just people on social media. I support Enes as a player in this league and I support the platform that players have to speak out on issues."

Kanter said the support from Silver and Knicks owner James Dolan means a lot to him.

"It meant a lot. There's two guys, their support, that meant a lot: James Dolan and Adam Silver," he told ESPN.

Speaking to media ahead of the Wizards-Knicks game in the British capital, Silver floated the idea of opening discussions with the National Basketball Players Association over a future shift in the structure of the NBA season that might open up the possibility of in-season tournaments in Europe, Asia or Latin America.

He confirmed that Europe's quota of regular-season contests is likely to remain at one for the 2019-20 campaign, but Paris' renovated Bercy Arena could supplant London as the host.

"We've played many exhibition games in Paris over the years," Silver said. "I remember being there with Michael Jordan and the Chicago Bulls. There was tremendous excitement around that team, and I think it will continue to be an important market.

"We took a number of years off because, of course, the arena was being renovated. I haven't yet been to the new Bercy Arena, but I hear it's fantastic. I'm looking forward to going back to Paris."

Although India will receive its first taste of NBA basketball when the Sacramento Kings meet the Indiana Pacers in two preseason games at Mumbai's NSCI Dome on Oct. 4-5, it remains very unlikely that either India or China will get regular-season matchups in the near future.

A focus on player welfare surrounding the long travel required, as well as the opportunity to build in outreach activities, means noncompetitive contests seem a better option, Silver underlined.

"In a market like India, where we've never really played a preseason game, there isn't really an issue where people are saying to us, 'This has really got to be a [regular-season] fixture,'" Silver said. "They accept that this is a unique experience for two NBA teams to be making the trip.

"In China, it's essentially been the same. It's not that they wouldn't prefer that we come with regular-season games. There is recognition that we have a very long season and if we were to change the formula from preseason to regular season, it would significantly shorten the trips because there wouldn't be as much time on the ground."