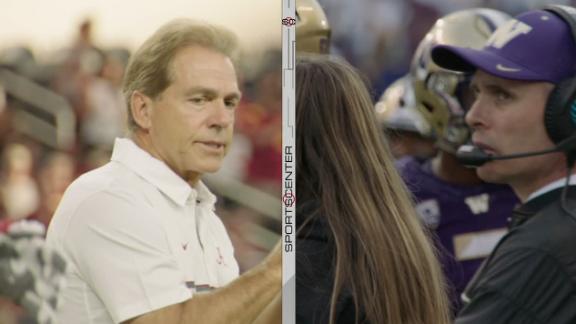 Alabama, Clemson and Washington all took care of business this weekend, while Ohio State waited at home.

In the end, the top four teams entering the conference championship games were given berths in the College Football Playoff.

The No. 1 Crimson Tide will face the No. 4 Huskies in the Chick-fil-A Peach Bowl, and the No. 2 Tigers will play the No. 3 Buckeyes in the PlayStation Fiesta Bowl on Dec. 31, as announced Sunday by the CFP selection committee.

The semifinal winners will meet for the national title on Jan. 9 in Tampa, Florida.

Big Ten champion Penn Statemissed the cut despite its 38-31 victory over Wisconsin on Saturday and a victory over Ohio State earlier in the season. The Nittany Lions, winners of nine straight games, wound up fifth in the rankings, whileMichigan was No. 6.

CFP committee chairman Kirby Hocutt said "it was a challenging conversation" that led Washington to get the final spot in the semifinals over Penn State.

Speaking on the ESPN selection show, Hocutt said the committee chose the Huskies for the No. 4 seed over the Nittany Lions because "the selection committee believes they're a better football team."

Hocutt acknowledged there was some concern over the strength of Washington's schedule, but he said the Huskies' quality wins were enough to remove any doubt. He also said the mission of the committee was to identify the best teams, and that winning a conference title -- as Penn State did -- is just one of many things to consider.

"Had Washington had a stronger strength of schedule, I do not think that conversation would have been as difficult," said Hocutt, who is also the athletic director at Texas Tech.

The Huskies' only loss was to USC;their nonconference schedule featured Rutgers,Idahoand FCS squad Portland State. Penn State played Pitt, Temple and Kent State, and they lost to the Panthers. The Nittany Lions also were beaten by 39 at Michigan in their last loss.

"You can make arguments for and against so many teams," Penn State coach James Franklin said on ESPN, adding that his team was appreciative of the Rose Bowl bid it will receive.

Washington pounded Colorado in the Pac-12 title game Friday night to wrap up its 12-1 season. On Sunday, coach ChrisPetersen responded to seeing people -- including Huskies fans -- holding up signs around the country saying, "We want Bama."

"Sometimes you gotta be careful for what you wish for," Petersen said on ESPN. "I didn't hold that sign up."

Alabama (13-0) completed its rampage through the regular season by crushing Florida 54-16 in Saturday's SEC championship game -- a contest the Tide probably didn't even need to win to gain the top seed.

Clemson (12-1) won the ACC championship by beating Virginia Tech 42-35 in a game that was a lot more exciting than Tigers fans probably had hoped. QuarterbackDeshaun Watson added to his Heisman Trophy résumé, and Clemson needed every one of the five touchdowns he accounted for to hold off the Hokies.

Ohio State, which lost the Big Ten East tiebreaker to Penn State and was off this weekend, became the first team to reach the playoff in its three-year history without winning its conference.

Buckeyes coach Urban Meyer watched the announcement from a maternity ward in Columbus, Ohio, as his oldest daughter gave birth to his first grandchild.

"It's been incredible," Meyer said. "And everybody is good."

Alabama is in the playoff for the third straight season, while Ohio State and Clemson are both making their second CFP appearances.

Information from ESPN staff writer David Purdum and The Associated Press contributed to this report.

Can Washington dethrone Alabama?
Alabama is the known commodity, but can upstart Washington shock the Crimson Tide in the College Football Playoff semifinals? 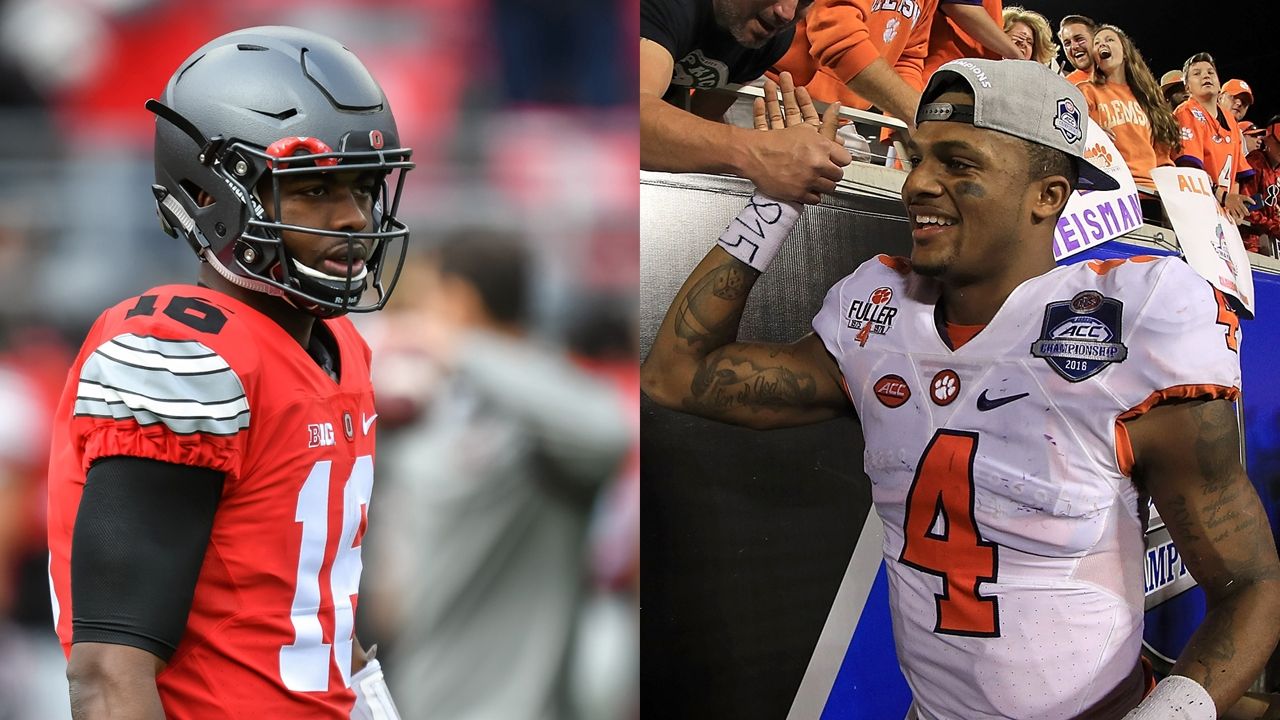 Key moments for semifinalists Clemson, OSU
With No. 2 Clemson and No. 3 Ohio State set to face off in the College Football Playoff, take a look back at the biggest moments of the season for both teams.