Allonzo Trier eligible to return, will be available Saturday vs. UCLA 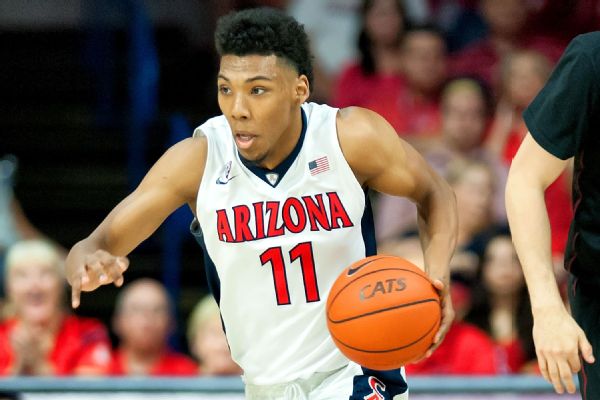 Arizonasophomore guard Allonzo Trier has been ruled eligible to return immediately by the NCAA after his most recent drug test came up negative, the Wildcats announced Friday.

Trier will be available to play against UCLAon Saturday, the school said.

Trier, who averaged 14.8 points per game last season and was slated to be coach Sean Miller's top scorer in 2016-17, has yet to play this season. His status was in limbo after he tested positive for a performance-enhancing drug during the preseason.

The NCAA performed a random drug test on Trier in September, sources told ESPN, and the school was informed in early October that he had failed it.

Trier was suspended but appealed the decision. He won the appeal, but the NCAA prohibited him from playing until the drug was completely out of his system. He has been allowed to practice and travel with the team.

"I have never knowingly taken a banned substance," Trier said in a statement earlier this week. "After finding out that I was given a banned substance by a well-intentioned, but misguided person not associated with the University after an injury, I presented this information to the NCAA. The NCAA agreed that I had no knowledge of receiving the substance and my eligibility was restored. Although I can practice and travel with the team, I am not allowed to resume playing in games until the substance completely leaves my body even at a trace amount. Unfortunately, I am unsure of when that time will be, but I hope it is soon."

A source told ESPN that Trier was in a serious car accident over the summer, and the Trier camp told the NCAA that someone close to his family gave him the drug -- without his knowledge -- to help him recover from injuries suffered in the accident.