Are the Mets already in playoff mode? You better believe it 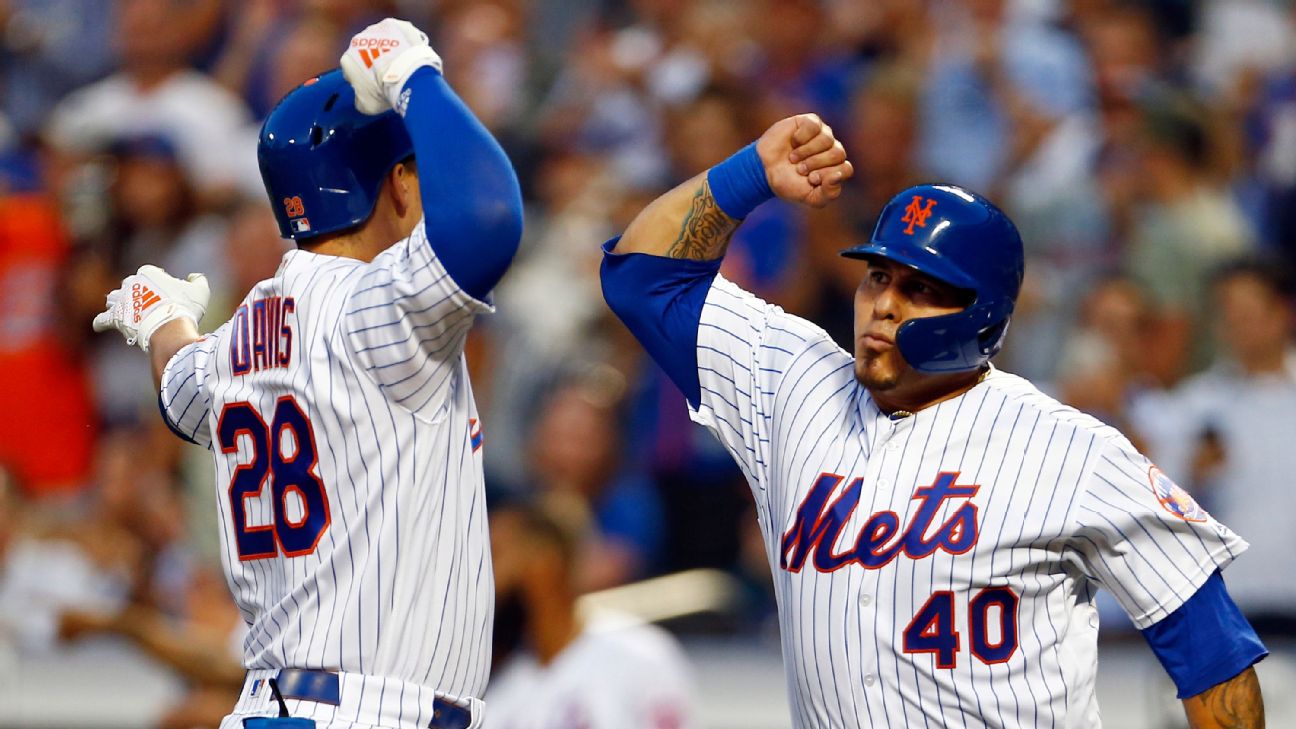 With much of the national attention on the New York Mets focused on the rookie bomber's soaring home run total -- or, even just a few weeks ago, on the latest calamities and dysfunction in an organization that has tripped over itself so many times in recent seasons -- it's easy to forget that Alonso has help in the lineup and that the rotation is deeper than just Jacob deGrom and Noah Syndergaard.

Tuesday's 9-2 win over the Indians kicked off the Mets' most important homestand since 2016 -- nine games against the Indians, Braves and Cubs -- in positive fashion. They beat a Cy Young contender in Shane Bieber, J.D. Davis and Michael Conforto continued their hot hitting with two-run home runs, and Steven Matz had another quality start, his fourth in his past five outings.

"To beat Shane Bieber in the first game to start off this homestand, to energize the fans, to put ourselves in good position to win a series against these guys is what we set out to do today," Conforto said. "We know we have a tough stretch ahead of us, but we take it day by day and try to win each day, so it was a good team win all-around."

When the Mets won 15 out of 16 at the end of July through early August, they did it against a soft spot in the schedule -- two series against the stumbling Pirates, White Sox and Marlins. Their next eight series -- taking the team into the final two weeks of the regular season -- are against teams that began the day .500 or better.

The Mets know this homestand is the biggest test of the season and maybe even a do-or-die nine games for a team that has climbed from the second-worst record in the National League at 46-55 and eight games out of the wild card on July 24 to 65-60 and two games out of the second wild-card spot.

"I think we all knew that even though it's August, the playoffs started today," Davis said. "We have to have that playoff mentality, that playoff atmosphere, that every game counts, especially with the hole we dug ourselves into. I think the elephant in the room is that we have a lot of home games but a lot of games against playoff teams."

It's all those home games that give Mets fans hope that perhaps this can turn into another miracle season -- like the one that happened 50 years ago, when the Mets were 10 games out on Aug. 13 and won the World Series, or the "Ya Gotta Believe" club of 1973 that was 11.5 out on Aug. 5 and won the NL pennant. Heck, given those parameters, don't rule out an NL East title in 2019.

In beating Cleveland, the Mets improved to 35-21 at home compared to 30-39 on the road, but as Davis alluded to, that means 25 of their final 37 games are at Citi Field.

Davis' production has been huge, especially in the absence of All-Star Jeff McNeil, who has been out for a week with a hamstring injury, and Brandon Nimmo, who has been out since mid-May with a disc issue in his neck. (Nimmo played center field for Triple-A Syracuse on Tuesday, his third rehab game, so he could be back soon.) The Mets acquired Davis from the Astros on Jan. 6 in hopes that he could provide a bat off the bench and fill in a little at third base or first base. Ten days later, however, the club signed Jed Lowrie, and Davis wasn't even assured a spot on the roster. Lowrie's injury in spring training opened a roster slot, and Davis began the season platooning against left-handers, but the various injuries have led to regular playing time for him for the first time in the majors.

Against Bieber, he came up in the bottom of the second with Cleveland up 1-0 and crushed an 0-1 slider into the black hitting background in center field, a 109.9 mph rocket that traveled 447 feet.

"The scouting report was to attack him early," Davis said. "He threw strikes early in the count, and in that at-bat, I was aggressive with the 0-0 fastball. Then he went to the off-speed pitch, and we got him. I think that was his first time out of the stretch, and he left one over the plate."

That was one of the few mistakes Bieber made, as catcher Roberto Perez set up outside, but the All-Star righty hung the pitch. Conforto's home run came in the sixth inning with two outs and the game tied 2-2. He shouldn't have been batting in the first place, as Indians left fielder Oscar Mercado had dropped Joe Panik's routine pop fly in shallow left field. The Mets took advantage of the extra out, and Conforto golfed a low slider 388 feet to right-center.

Yeah, that felt good. "Especially in that situation against a good starter who got me a couple times earlier in the game," Conforto said. He just missed a home run with a long foul ball earlier in the at-bat. "I felt like a pretty good swing on that fastball. I was actually on time on that fastball, so I felt more comfortable that at-bat after seeing him twice and the action on his pitches."

The defensive miscue is the kind of mistake good teams use to win games.

"We've had a feeling over this run that we've been on that we might not get them the first time through the order," Conforto said, "but our lineup has been so good, our hitters have been able to figure out ways to get on base, figure out ways to get runs in. We just feel that regardless of who is pitching, we're going to put a lot of runs on the board. Any time the defense gives us an opportunity like that, we have to take advantage of it, so that was huge."

The two biggest strikeouts of the game, however, came from Justin Wilson, who relieved Matz in the seventh with two on, one out and a 4-2 lead and fanned Francisco Lindor on three cutters and Mercado on a 1-2 swinging slider.

The offense is swinging some big bats, the rotation is on a roll, the bullpen has settled down a bit, and McNeil and Nimmo will eventually return. A month ago, the Mets were a joke. Now it's no joke that they're in playoff contention.

As the Mets fans who started doing the wave late in Tuesday's game would attest, ya just gotta believe. 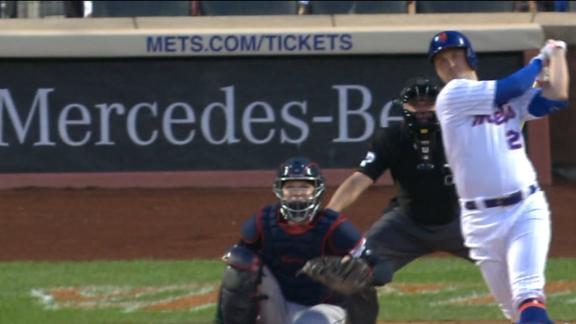