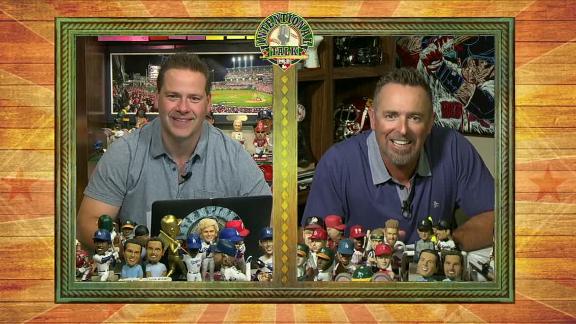 The New York Mets are considering whether to bring back pitcher Bartolo Colon, a person familiar with the team's thinking told ESPN's Jerry Crasnick.

The team has had internal discussions on whether Colon, who was designated for assignment by the Braves on Thursday, could help its injury-plagued pitching staff.

"The reality is that I've been getting hit hard and that's the truth and you can't dance around it,'' Colon said through a translator after his latest loss Wednesday.

Colon, who won 15 games for the Mets in 2016, is expected to clear waivers next week.

The Mets, meanwhile, have been hit hard by injuries to their starting pitchers, with six starters spending time on the disabled list.

When asked Thursday if the Mets would be interested in Colon, manager Terry Collins said, "He has had an absolutely tremendous career. I'm sure he'll land on his feet someplace. He's a pretty valuable guy to have."

Colon's successful run with the Mets helped affirm his status as one of the game's most durable and popular players. "Big Sexy" began his career with Cleveland in 1997 and won the Cy Young Award with the Angels in 2005.