Best moments from the KayRod Cast of the Philadelphia Phillies vs. New York Mets 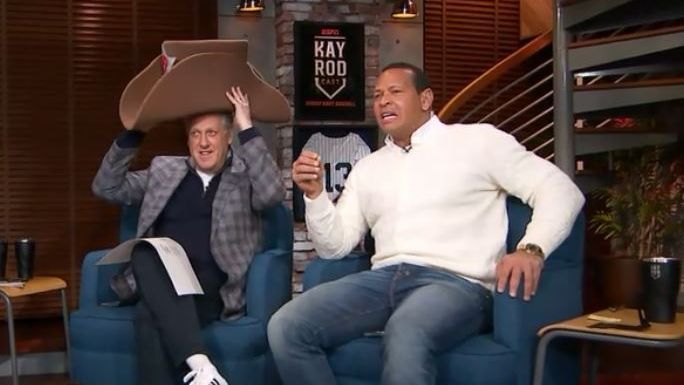 There is only one team in Major League Baseball who has won every series it's played this season: theNew York Mets. That's right, Sunday's win over thePhiladelphia Philliesmarked New York's second of the series (2 out of 3) and locked up its seventh straight series win to begin 2022. Not too shabby.

The Mets got the victory behind another strong performance fromMax Scherzeron the mound. The pitcher finished with nine strikeouts, bringing him to a total of 42 strikeouts through his first five starts with the franchise. According to ESPN Stats & Information data, the only pitcher with more strikeouts in his first five career starts for the Mets is Pedro Martínez (46).


Michael Kay and Alex Rodriguez were there to break down all the Sunday Night Baseball action as the debut season of the KayRod Cast rolled on. In the third installment of Kay and A-Rod's alternate broadcast, they spoke withRachel Balkovec,Hank Azaria, Matthew Broderick, the Philly Phanatic and more:

Hank Azaria has a confession: He's a huge fan of Mets manager Buck Showalter. In fact, he loves him. The actor, known for voicing many characters on "The Simpsons," shared with A-Rod and Kay how impressed he is by Showalter's media savviness. Specifically, his ability to answer awkward, hard questions.

Balkovec doesn't balk at the pressure ...

RachelBalkovec, the first female manager in MiLB, understands the responsibility on her shoulders. "I think about it every day," said the manager in theNew York Yankeesorganization. "I want to be a visible idea for people ... it drives a lot of my actions, frankly, daily."

The Phanatic has spoken ...

... Well, figuratively, that is. The Phillie Phanatic dubbed Kay "Michael the cowboy" with a tasteful Phillies cowboy hat. Then A-Rod took the mascot down memory lane featuring some interactions with the late Tommy Lasorda. 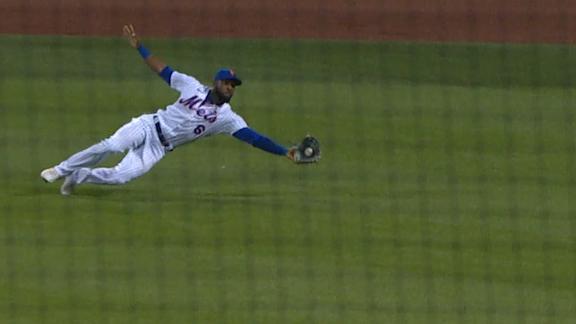 How did Marte manage to make this diving grab?
Starling Marte takes a bad angle on a fly ball, but dives back and makes the grab to prevent extra bases. 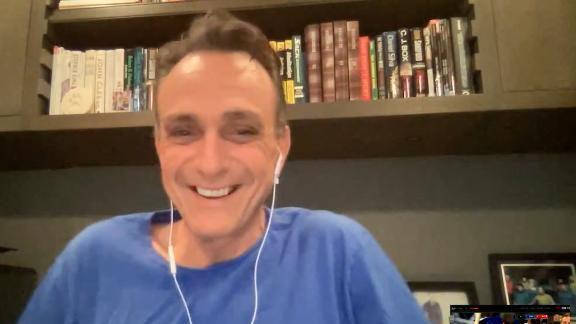 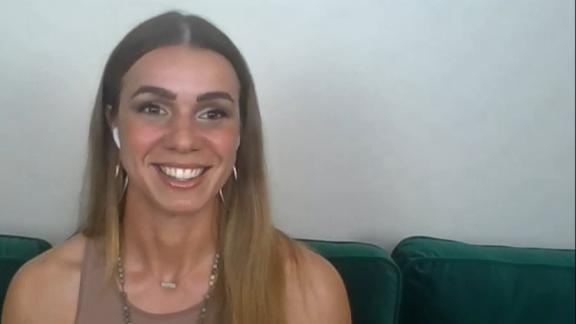 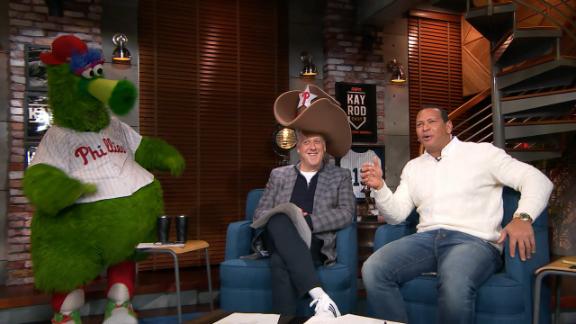