Blake Griffin to miss rest of postseason; Chris Paul has surgery on hand 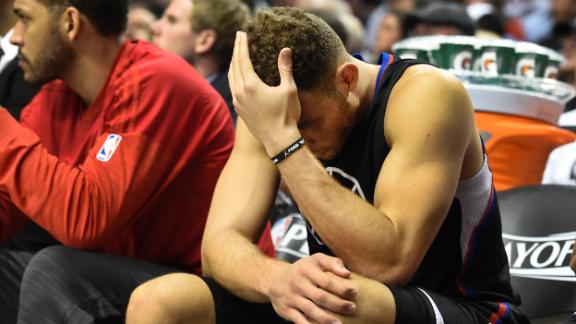 Blake Griffin will miss the remainder of the postseason and Chris Paul will be out indefinitely, the Los Angeles Clippers announced Tuesday.

Griffin aggravated a left quadriceps injury in Game 4 of the team's first-round series against the Portland Trail Blazers on Monday night. An MRI revealed no further structural damage, and the team said he'll be ready for the start of training camp.

Paul, meanwhile, underwent surgery Tuesday morning in Los Angeles to repair a right hand fracture that he suffered in the third quarter of Monday night's game. Team sources indicated the recovery time for Paul is four to six weeks, meaning the Clippers would have to advance to the conference finals or NBA Finals for the first time in franchise history for him to return this postseason.

The series with Portland is tied 2-2. Game 5 is Wednesday night in Los Angeles.

For the third straight postseason -- all under coach Doc Rivers -- the Clippers have been plagued by bad luck. The franchise that began in Buffalo, moved to San Diego and then Los Angeles has never advanced past the second round.

In 2014, voice recordings of then-owner Donald Sterling surfaced during the playoffs in which he made racist comments, leading to him being banned by NBA Commissioner Adam Silver, who forced the sale of the team. Last year, the Clippers were within a game of reaching the conference finals for the first time in franchise history, only to blow a 3-1 lead and lose the last three games by a combined 46 points to the Rockets.

"Yeah, it's not the best luck," Rivers said Tuesday. "I mean, it's the worst that I've seen. There's storms and every storm, it stops raining at some point. We've just got to figure it out. We can't look at the future other than tomorrow. That's all we've got to do. We've got to focus on tomorrow. That's what our team has to do. We can't control the noise outside of our team.

Griffin was limited in the fourth quarter Monday night due to the quad before he sat out the final 5:48 of the game, a 98-84 loss.He had suffered a partially torn quad tendon on Christmas Day, and also broke his hand during an altercation with a member of the team's staff earlier this year. Those injuries caused him to miss 47 games during the regular season.

"It's tough," Griffin said after Monday night's game. "It's not easy dealing with injuries, especially this time of year."

Paul suffered a fracture in his right hand while defending Blazers guard Gerald Henderson in Game 4. He was taken out with 6:07 left in the third quarter. The fracture was in the third metacarpal, in the center of the palm of his right (shooting) hand.

"Listen, we had the best record in the NBA when KG [Kevin Garnett] went down," Rivers said, recalling his time with the Boston Celtics. "Things changed for us, and we still almost made it to the Eastern finals. We were one game away from the Eastern finals without him. It stays with you, but it also tells you that you can do things with guys out.

"Different guys are going to have to step up. What I always had to convince guys was you can't go into the game thinking it's you -- you're the guy that's going to score 30 that night -- because it's probably going to take four or five guys to do it. It's not going to be one guy."

The Clippers are 25-21 in regular-season games and 1-1 in the playoffs without Paul, who missed two games against Houston in last year's Western Conference semifinals.

"Chris is one of the great competitors that the league has ever seen,'' Golden State coach Steve Kerr said. "For him to go down right now it's brutal. He's worked his whole life to get here.''

The Clippers will be going into uncharted territory without the two All-Stars.

Over the last three years, the team has not played a single game in which it had DeAndre Jordan, Jamal Crawford and J.J. Redick but did not have Paul and Griffin.

Rivers: We have to find a way to win
Clippers coach Doc Rivers says his job is keep the players he has looking at the task at hand, which is Wednesday's Game 5 against the Trail Blazers.

Shelburne: 'This may be the worst day in Clippers history'
Ramona Shelburne says the injuries to Clipper stars Chris Paul and Blake Griffin are absolutely devastating considering the timing and would be surprised to see Paul return to the playoffs this postseason.

Windhorst on Clips' injuries: 'It's an incredible mountain to climb'
Brian Windhorst predicts the Clippers' playoff future with both Blake Griffin and Chris Paul out with injuries and looks ahead to some possible offseason roster changes. 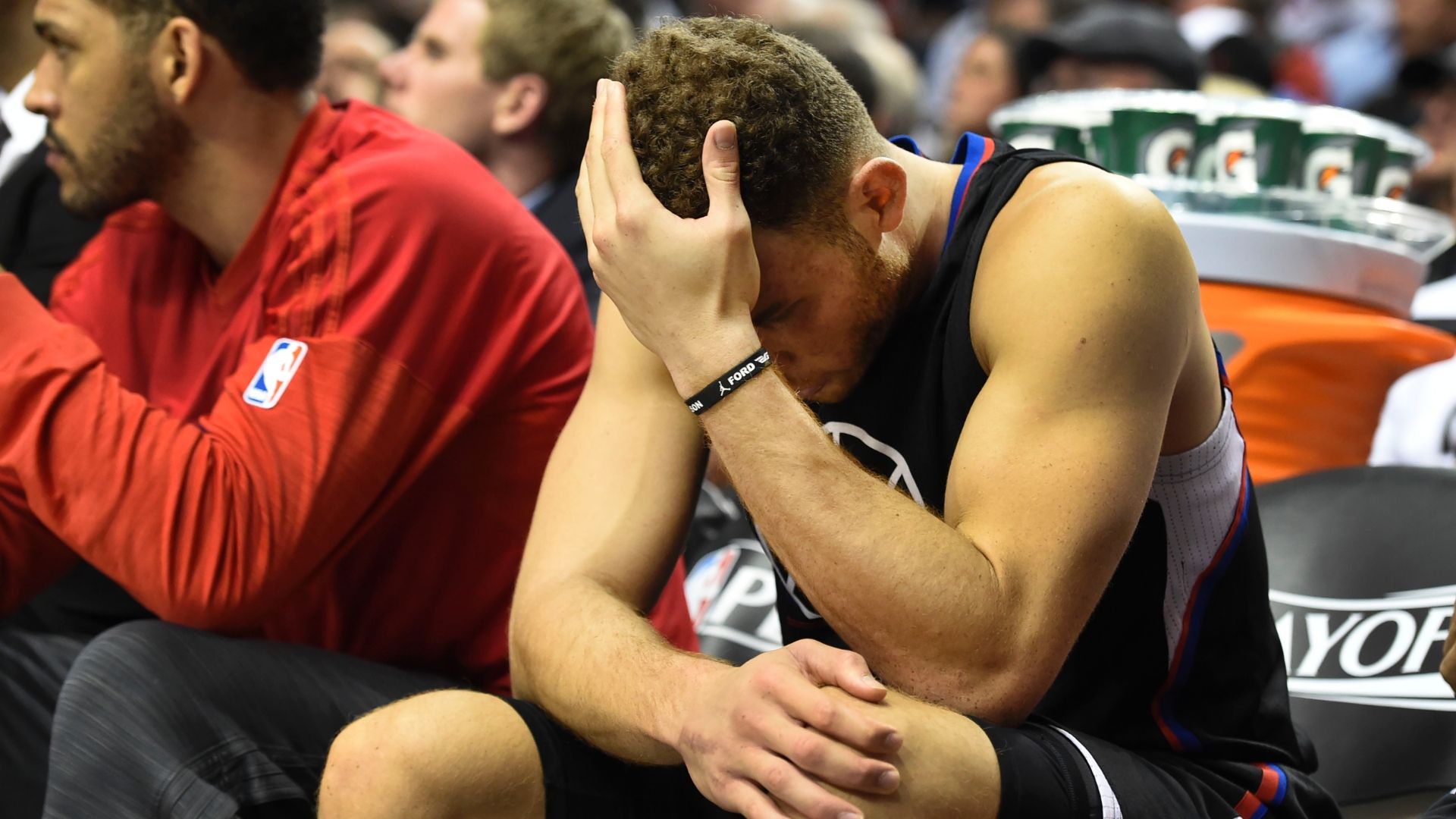