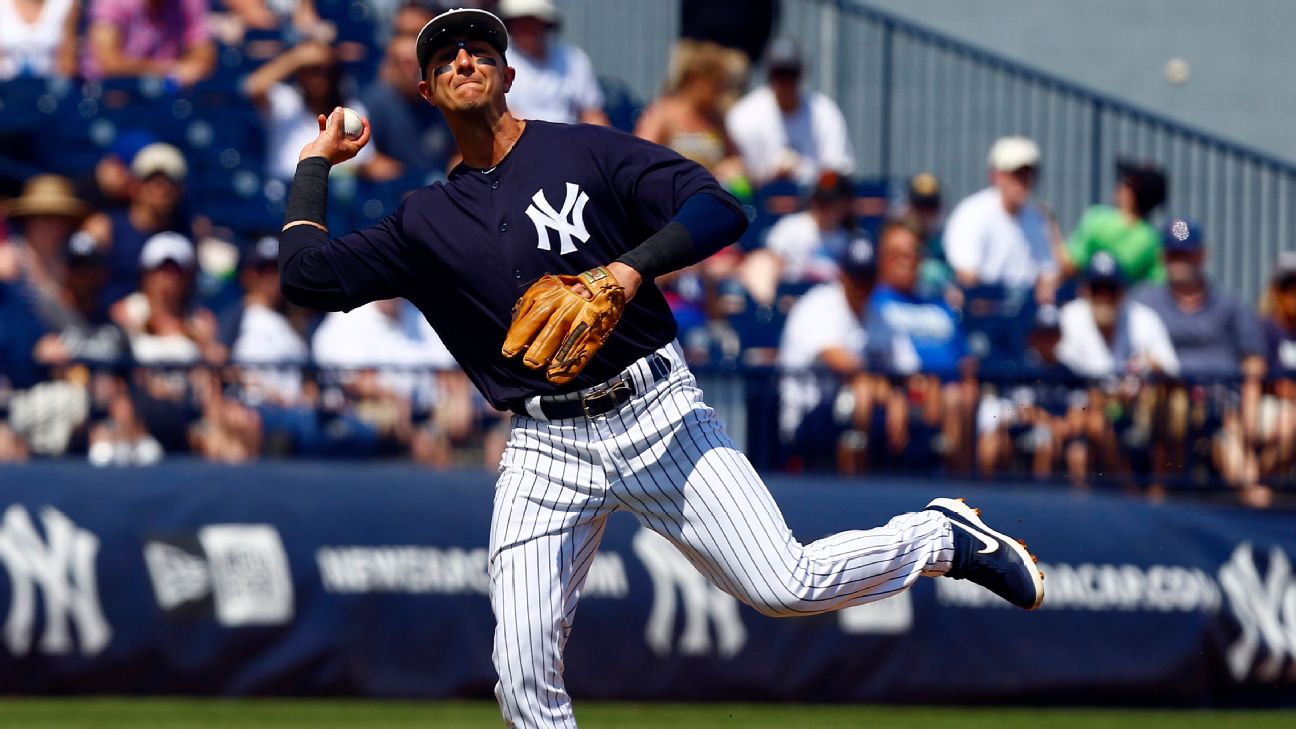 Tulowitzki was hitless in three at-bats in a 6-5 victory over the Pittsburgh Pirates on Sunday. The five-time All-Star shortstop, who has not played in the major leagues since July 2017, is hitting just .176 (3-for-17) in seven games.

"I'm seeing enough encouraging things out of him," Boone said. "He needs reps now is all."

Tulowitzki, 34, missed last season because of surgery April 2 for bone spurs in his right and left heels. He was released by the Toronto Blue Jays on Dec. 14, then signed with the Yankees on Jan. 4.

Tulowitzki homered on his first at-bat with the Yankees against his old team Feb. 25. He is replacing Didi Gregorius, who is out until summer following Tommy John surgery.

Center fielder Aaron Hicks, who has been out since experiencing lower back soreness during batting practice March 1, ran, played catch and swung a bat.

"Hopefully on the upswing," Boone said.