Braves' pitching plan a throwback to their glory days 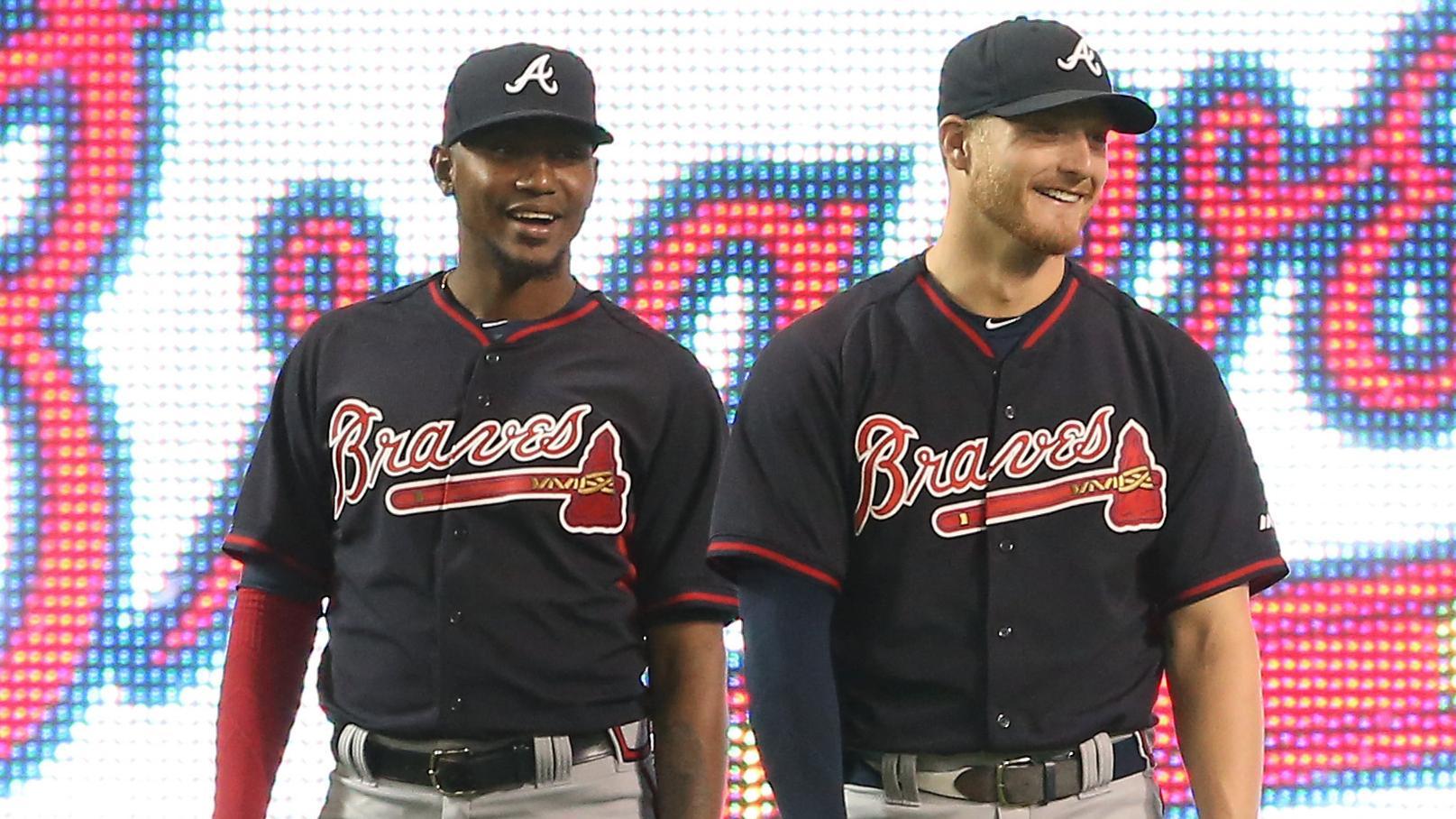 Shelby Miller was a preschooler in Brownwood, Texas, when Tom Glavine and Mark Wohlers combined to beat the Cleveland Indians 1-0 in the climactic game of the 1995 World Series. As a little boy with baseball on his mind, he soon discovered why Atlanta was the center of the pitching universe during a glorious 15-year stretch in the 1990s and early 2000s.

The educational process has come full circle now that Glavine, Greg Maddux and John Smoltz have graduated to Cooperstown and Miller is the leader of a new Atlanta staff filled with enthusiastic 20-somethings. He is both inspired and humbled by the history he's trying to perpetuate.

"We all want to be great, but I can't say we're going to be Tom Glavine, Greg Maddux and John Smoltz." Miller said. "Those three names are obviously hard to compare to. But as a player, you've got to think that you can be the best and try to go out there and play that way."

Smoltz, the third member of those transcendent Atlanta rotations to reach the Hall of Fame, made some news recently when he was asked how Jacob deGrom, Matt Harvey, Noah Syndergaard and the young pitchers in the New York Mets' rotation compare to the old Braves' staffs.

"They're way better," Smoltz said. "They've got more talent than we could ever have."

No question, the Braves are playing catchup with the Mets in their quest to stockpile arms on the big-league roster and in the minors. They face an additional challenge trying to compete with the Washington Nationals, who'll have a rotation led by Max Scherzer, Stephen Strasburg and Gio Gonzalez in 2016 even if Jordan Zimmermann leaves town through free agency.

But Atlanta's shortcomings aren't for lack of vision or effort. As the Braves muddle along below .500, the franchise's caretakers have a game plan in place, reflected by a slew of transactions that rekindle memories of the organization's heyday.

Hoarding arms
The signature move came in November, when the Braves sent Gold Glove outfielder Jason Heyward and reliever Jordan Walden to St. Louis for Miller and right-handed pitching prospect Tyrell Jenkins. Miller made the NL All-Star team and continues to soldier on despite the worst run support in the majors (2.74 runs per game). Jenkins, 23, has had control issues in the minors, but he's still a creditable 8-8 with a 3.07 ERA for Double-A Mississippi and Triple-A Gwinnett this season. Among the flurry of transactions that have come since:

Matt Wisler, who entered this season as San Diego's No. 1 prospect, came over from the Padres in April in the big Craig Kimbrel-Melvin Upton-Cameron Maybin trade.

In late June, the Braves agreed to absorb veteran Bronson Arroyo's salary in a trade with the Arizona Diamondbacks and picked up former first-round pick Touki Toussaint in the process.

The lone departure from the strategy came in late July, when the Braves sent lefty pitcher Alex Wood and infielder Jose Peraza to the Los Angeles Dodgers in a deal that brought Cuban third baseman Hector Olivera to Atlanta. Reaction to the trade was largely negative. But privately, some people in the Braves' organization were concerned that Wood's maximum-effort delivery made him a long-term injury risk. The Braves also thought Peraza profiled as more of a utility player than an impact, up-the-middle player in the big leagues. Any reservations they had about dealing him were minimized by the presence of 18-year-old prospect Ozhaino Albies further down the organizational chain.

The Braves followed the old John Schuerholz-Paul Snyder-Bobby Cox model by focusing on athletic, "high upside" players in the June first-year player draft. They chose high school players with their first four selections, and invested 24 of their first 31 picks in pitchers. Assistant general manager John Coppolella calls the surplus of arms a "happy coincidence," but acknowledges it is appropriate given the organization's pitching-rich history.

"We see Max Scherzer getting $210 million on the free-agent market," Coppolella said. "We believe free-agent pitching is one of the most inefficient uses of money, and we know how volatile pitching is in every sense of the word, so our goal was to load up on a quantity of quality and try to build our organization for long-lasting success. Nobody knows whether all of these pitchers will have major league success, or even if they will stay healthy, but we do know that they offered us the most upside of any other potential acquisitions."

How good are they?
Of course, there's a difference between simply collecting pitchers and adding pitchers with the potential to lead a staff. The industry's assessment of Atlanta's pitching stockpile is mixed.

"I really do like the strategy, and I think they're doing the right thing," said a National League executive. But he wonders if the pitchers lined up behind Miller could turn out to be a "bunch of No. 4 starters or bullpen guys."

Recent experience has taught the Braves that depth is of paramount importance because of how quickly things can change.

In 2014, Atlanta was counting on Kris Medlen and Brandon Beachy to lead the staff. Those hopes evaporated during a traumatic 24-hour period in spring training, when both pitchers suffered elbow injuries that required a second Tommy John surgery for each.

Mike Minor, who won 13 games and threw 200 innings in 2013, hasn't pitched this season because of shoulder surgery. And Julio Teheran, who seemed destined for big things, is suffering through a trying year marked by disappointing numbers and reports of friction with pitching coach Roger McDowell. Teheran has been horrible on the road (2-5, 6.75 ERA) and eminently hittable against lefties, and some of his wounds have been self-inflicted. He fell in love with his two-seam fastball earlier this year and continued to throw it even when the results told him he should have opted for a Plan B.

Foltynewicz, 6-foot-4 and 220 pounds, has a big arm -- as evidenced by his average 95-mph fastball readings. But questions persist about whether he can maintain his delivery, and some talent evaluators think he'll ultimately wind up in the bullpen -- a la former Tampa Bay prospect Wade Davis.

"He's got some equipment," said a National League scout. "Learning how to pitch with it is another question. His best velocity fastballs are straight as a string, so he's got to overpower you."

Wisler has been up and down in 10 starts with Atlanta, with a low strikeout ratio of 5.8 whiffs per nine innings. But he has shown some pitchability at age 22 and given the Braves hope that he can develop into a solid mid-rotation starter.

"I haven't quite put my finger on it, but the son of a gun knows how to pitch a little bit for a young guy," manager Fredi Gonzalez said. "He knows how to watch swings, and he seems to be a pitch ahead of the hitters. His learning curve is pretty good."

The Braves have stockpiled enough options to give themselves some margin for error. Next season will bring opportunity for Jenkins, Williams Perez, Minor and former Yankees prospect Manny Banuelos. By 2017, Fried, Lucas Sims and Toussaint will be working their way up the chain. And beyond that, Kolby Allard, Mike Soroka, Zach Byrd and Ricardo Sanchez will start appearing on the radar of Braves fans.

Attrition is such a big part of the developmental equation, Atlanta's decision-makers have to keep reminding themselves that there's no such thing as a glut of pitching. Gonzalez has expressed support for that mindset in his conversations with Coppolella and president of baseball operations John Hart.

"I told those guys, 'Get every single pitcher you can get, because with pitching, you can get anything back you want,'" Gonzalez said. "You can always trade them. After we made the Wood deal, they told me, 'We still have nine starting pitchers.' I said, 'Go get nine more and make it 18.'"

As the Braves have discovered, even the process of developing a catcher is fraught with obstacles. Christian Bethancourt, who was hailed as a Yadier Molina-type defensive player coming up through the minors, struggled on both offense and defense earlier this season and is back in Triple-A trying to figure things out. In the meantime, the Braves are relying on veteran A.J. Pierzynski, who is on a pace to surpass 100 starts and continues to look spry at age 38.

"It's fun for me to see the excitement here -- how happy these guys are when they get their first outing, their first strikeout, their first everything," Pierzynski said. "I've been on mostly winning, veteran teams in the past, and this team has gone in a different direction. But because of the circumstances, you understand it. I knew what I signed up for. Sometimes I feel almost like a coach, because there's so much going on."

Pierzynski and the people entrusted with making personnel moves in Atlanta understand that the payoff for the team's new approach might not come until two or three years down the road. But history tells them it's their best bet. As the Braves try to devise a formula for success in the National League East, they take comfort and guidance from the franchise's road map in the past. 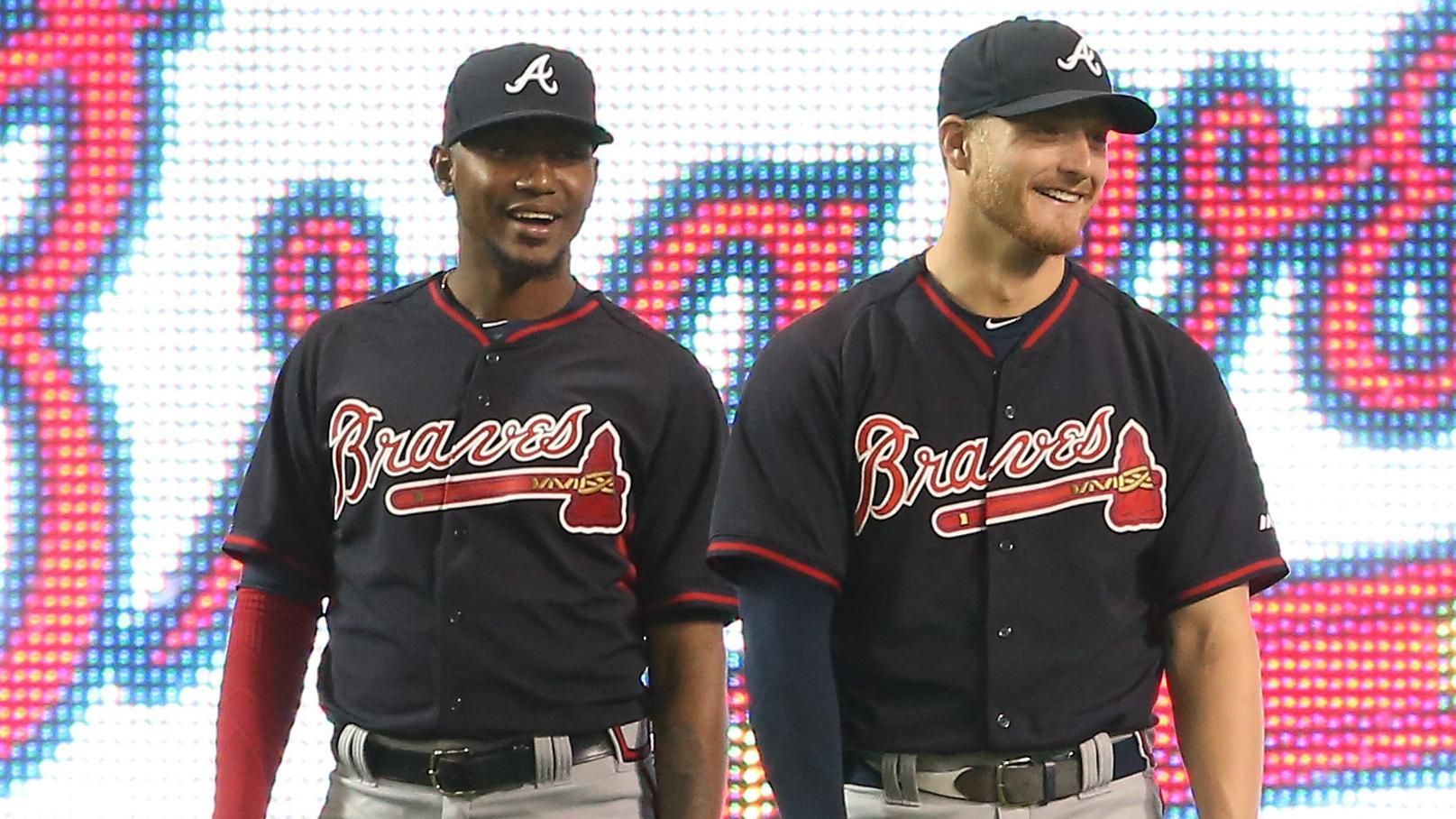